Maia Campbell Busted At A Waffle House In Georgia For Disorderly Conduct !!! 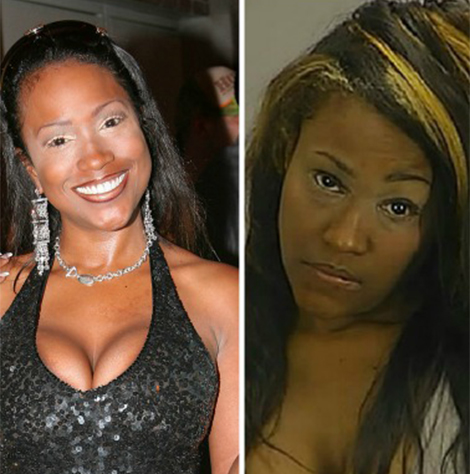 Maia Campbell landed behind bars this week, after making a drunken display at a  local Waffle House restaurant in Riverdale Georgia.

“Police Officers in Riverdale, GA tell us they got a tip to enter restaurant when local dial 911 after the former “In the House” star was wasted and causing a scene. local officials attempted to give Maia a chance to leave before the situation progressed, but she refused — which ultimately led to her leaving in handcuffs … and was charged for disorderly conduct.”

Girl Power
← Previous Story Miley Cyrus gets all the way turn’t up in her 50 Shades Of Grey styled bondage film! (Video)
Next Story → Valerie Fairman from the cast of “16 & PREGNANT” ARRESTED FOR PROSTITUTION !