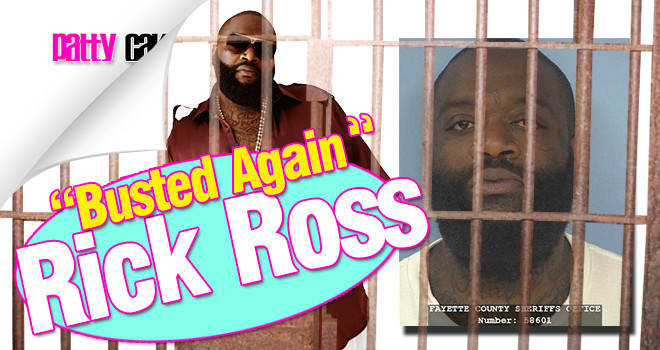 A few weeks ago , Ross was arrested on a misdemeanor marijuana charge after being pulled over for his tinted windows. This week the

MMG CEO, and rapper Rick Ross is being booked into the Fayette County jail facility this week for the second time this month.

Sources say, The rapper was having work done on his Georgia home he bought in Fayette County. Ross allegedly confronted one of the workers at the home, which let to a fight that ended with Ross allegedly pistol-whipping the worker.

Ross’ bodyguard was also arrested.
Both Ross and his bodyguard are being charged with kidnapping, aggravated assault and aggravated battery. They will be held at the Fayette County Jail, awaiting an initial appearance and a bond hearing.

Pattycakez Staff
← Previous Story Its was All A Sham!! Love and Hip Hop Atlanta’s Mimi Faust Reveals Sex Tape Was Planned All Along — Watch Video!
Next Story → LaLa Anthony Topless Sex Scene From “Power” Finally Aired And Fellas Its Much More Than We Could’ve Ever Hope For!