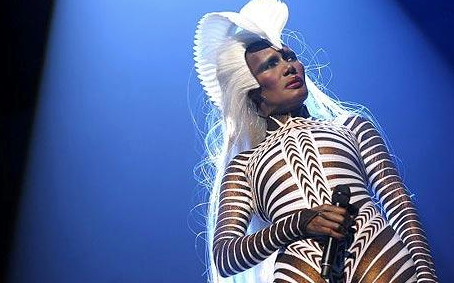 Kim Kardashian  said, “If I don’t send for you,  don’t come, “…well actually she didn’t and to be honest I doubt if she sends any clapback to the fierce Grace Jones. In a recent interview promoting her memoir which is now on the stands,  Grace Jones referred to Mrs. West as “basic” and “commercial”.

As of now, the world is completely familiar with the now infamous #BreakTheInternet edition of Paper magazine, Kim bared her backside on the cover and boasted her balancing skills.

Well Miss Jones had this to say about the famed reality mom’s attempt to recreate her original photo shot by her then boyfriend, photographer Jean Paule Goude: 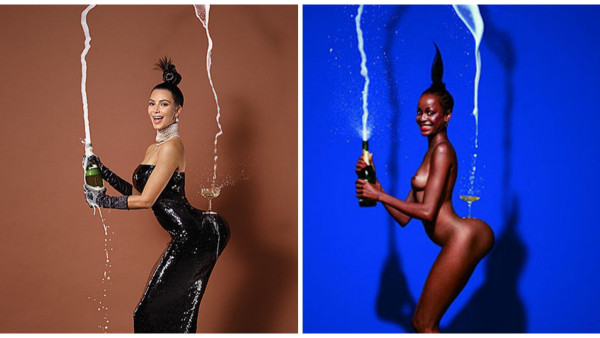 “When he took a photograph of Kim Kardashian with a champagne glass perched on her ass in an impossible pose like the ones he did with me over thirty-five years ago, I asked him why he was giving her – a basic commercial product – his ideas? This seemed to contradict his spirit of integrity, which he has protected for so long. Why was he repeating himself, just to give her a little flare of publicity, quickly absorbed by the next puff of self-promotion?”

Well, he replied, ‘I got the feeling that if I didn’t do that photograph, she would have simply copied the idea anyway. I might as well copy myself.’ His ideas are are so powerful that repeating them decades later still causes a hell of a fuss, however temporary…He might have done it to wind me up a little as well. Which he did.”

Three snaps in a circle! Did Grace Jones give too much or no?  I doubt we hear from Kim, perhaps Khloe? 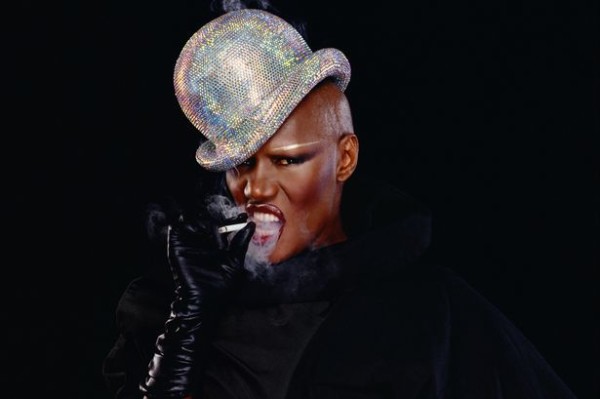 Pattycakez Staff
← Previous Story Kourtney Kardashian Takes It All Off For Vanity Fair!
Next Story → Outta Control: Malika Haqq ARRESTED For DUI After Crashing Her Car In L.A. !!!