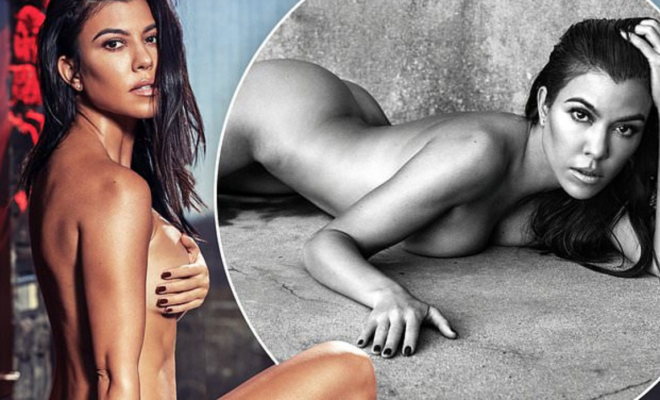 We all know queen of reality television Kim Kardashian has no chill when it comes to spreading her sexiness around with a few nude selfie; but older sister

Kourtney Kardashian, seemingly the most mature of the Kardashian/ Jenner bunch has made headlines with some very sultry photos for GQ Mexico .

The eldest of the clan shared some of the images from her that infamous photo shoot on her private Instagram account while in the middle of a public spat with her little sister Kim, who most notably shared her feelings about her sister Kourtney being the most boring person in her family.

She also isn’t the only member of the family to show serious skin for a magazine cover. earlier in August, little sister and supermodel Kendall Jenner freed her nipples and posed topless for her editorial debut n LOVE’s 10th anniversary issue.

Anywho Happy Holidays enjoy the photos and lets us know what you think below. Is Kourtney sexiness underrated ?

Pattycakez Staff
← Previous Story Amber Rose Is Bossin’ Up for the Summer, Hits Billboard Status And Still Making Power Moves
Next Story → Drake Grammy Speech Gets Cut Off After He Disses Award In Acceptance Speech