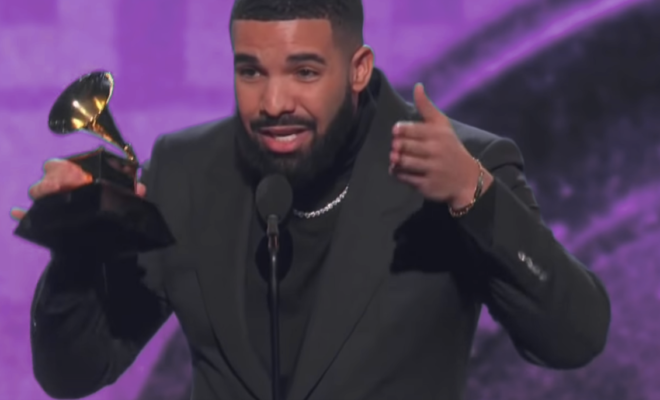 Drake was in attendance to accept his Grammy Award Sunday night for Best Rap Song (“God’s Plan.”) Then he really made his presence felt, expressing to music peers that awards don’t validate your artistry.

“If there is people who have regular jobs who are coming out in the rain, in the snow, spending their hard-earned money to buy tickets to come to your shows, you don’t need this right here. I promise you, you already won.”

After a momentary pause, the entertainer was silenced abruptly as he started a sentence, the show then cut to commercial.

A Grammys ceremony representative express to producers that they were under the impression that after Drake received “Best Rap Song’ he was done, but the timing looked very suspect.

It would appear that producers cut off the Toronto-based rapper just as he was voicing his views about the awards ceremony.

“During Drake’s speech, there was a natural pause and at that moment the producers did assume that he was done and then cut to commercial,” said Sunshine Sachs’ Michael Samonte. “However the producers did speak with Drake following his speech and did offer him to come back on stage to finish whatever his thoughts were. But Drake said he was happy with what he said and didn’t have anything to add.”

Ceremony reps spoke to Pattycakez and stated that the producers thought Drake was done and that the rapper declined an invitation to finish his speech because he was satisfied.

We contacted a few our OVO connects and we were not able to land a response for additionally commentary.

Do you think Grammy’s  cut Drake off on purpose because his views about  the award show.