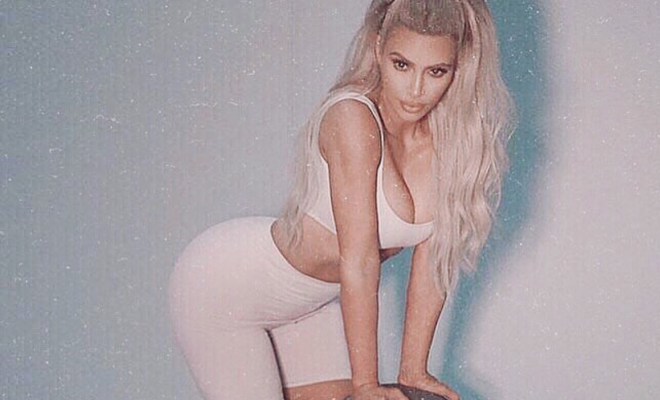 Kim Kardashian has perhaps the most followed profile on Instagram. As of February 3, 2018, it has nearly 107 million followers. She has shared 4 thousand pics and has been the face of 118 publications.

Last Tuesday, the media darling published a series of 6 photos on Instagram that still has the internet buzzing.

Kim Kardashian who initially, rose to fame after video surfaced on the web of he having sex with her then boyfriend, singer Ray J. The video was presumed to be recorded in 2003 and made public in 2006. since then Kim has remained reverent to her core with similiar media stunts.

This time around the curvaceous Kardashian tried sensual nude poses which premiered braided hairstyle, Where she trades in her blond lace wig for afro- styled braids which have many critics assert accusation of culturally appropriating an African-American curtail hairstyle.