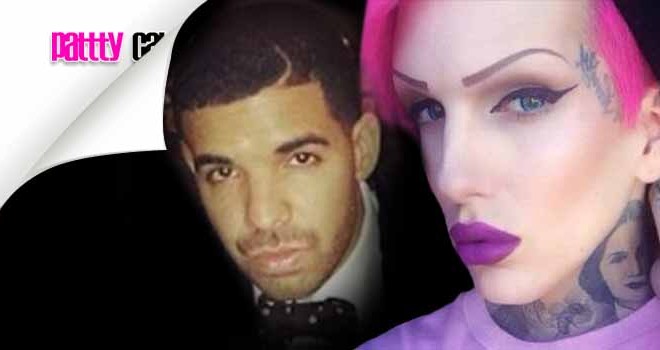 Oh My…..Jeffree Star says Drake wants to give it to Him! !

We recently reported on Drake’s extremely wild run in with Texan stripper, Jhonni Blaze, and him swooping in on Pat Beverly and stealing his girl.  Well, Drake is yet again the topic of discussion.

Male make up artist, Jeffree Star has implied that the rapper has been trying to get at him via social media. The MUA/ DJ sent out a series of tweets stating rappers were in his inbox seeking sex  including a not so indirect hit on Drake.

Hmm, so what you think he’s trying to say?

Take a look at the tweets and determine for yourself.