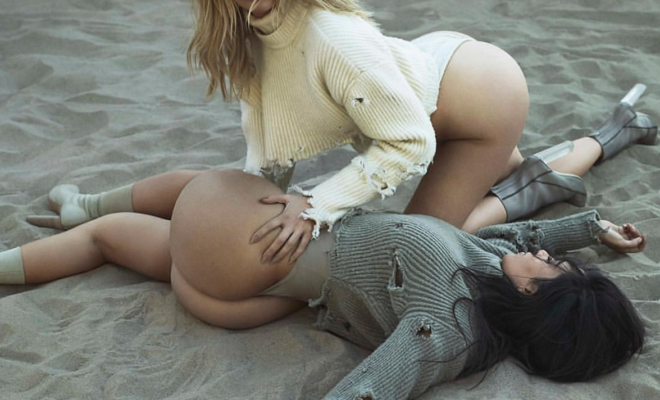 Culture magazine 032c, a Berlin-based German company recently threw all the cards in and jumped on the proverbial Kardashian- West wagon. For their 4th quarter 2016/2017 issue devoted to the continuing the legacy of perhaps the greatest German photographer of the 21st century Helmut Lang, Kim Kardashian West and her younger sister Khloe posed for photographers Mert & Marcus in a shoot that was according to Kayne “conceptualized,”

Oddly enough the poses do seem a little disturbing, however with the addition of a giant Kim a Khloe PattyCakez eyeing you down…I guess its more than makes up for it.