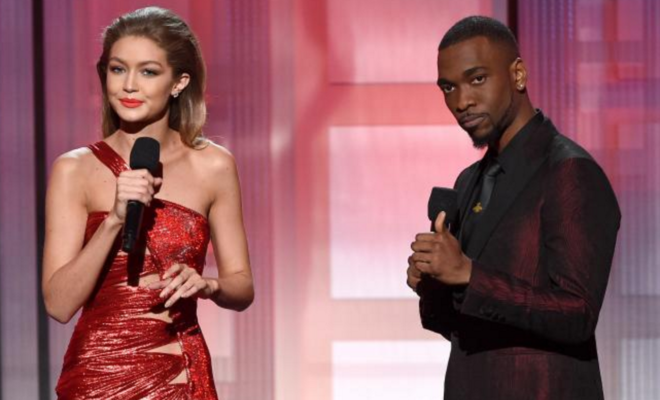 Gigi Hadid didn’t stop at nothing on her debut hosting gig for the American Music Awards, rapping, impersonating Melania Trump and putting on a slew of some of the most sexiest outfits know to man.

In a moment that soon followed her most viral moment Ms. Hadid did well at mocking Eastern European accent of the soon-to-be First Lady’s RNC convention speech that has been seriously criticised for being plagiarised from Michelle Obama speeches that followed nearly 8 years ago.

The 21-year-old opened up for some comic relief,  her impersonation started off by facing away from the camera, saying ‘I gotta get her face right,’ and then turning back after pulling a bizarre face after sucking in all the air from her cheeks..

She added: ‘I love my husband, President Barack Obama. And our children Sasha and Malia.’

Scroll down for video we would love to hear your thoughts did Gigi kill it.