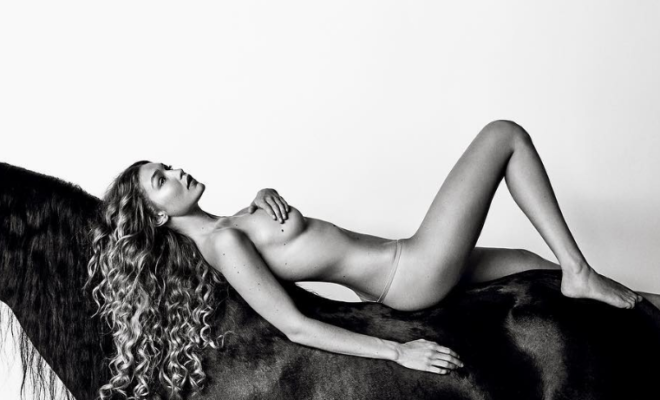 Gigi Hadid looks astonishing in her new cover of Allure’s December issue. She wears an unzipped dress in the cover photo, and bares even nearly everything in the photos that accompany the interview. In the shots staged in black and white, she spreads across the back of a Lusitano horse named Zulu, wearing just thong and a hand bra:

Gigi looks alluring at times, as she poses on the horse, and it makes sense that she’s been riding horses almost her whole life. She told Allure she got her first pony when she was two.

The Allure article compares Gigi’s look to ‘90s supermodels like Naomi Campbell and Cindy Crawford. What curious what do think do you agree leave a comment below.

To read the full interview with Gigi, check it out here.