We just can’t get enough of Jhonni Blaze: Her sextape Leaked and is schedule To hit the streets real soon!

We just can’t get enough of Jhonni Blaze.
Previously we reported of the situation between she and Drake. She admitted to a raw fling with Drake which allegedly earned her a visit from his goons.
Now, the new star of LHHNY is back on the scene – literally. 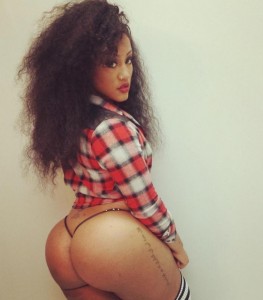 Vladtv.com has reported that a new sextape is on the market and it’s starring none other than Ms. Blaze herself.
Reportedly,  the flick was released today by a disgruntled ex boyfriend.
Can’t say we’re surprised. Aren’t they always the culprit?
If you’d like to check out her bedroom skills, head over to JhonniBlazexxx.com