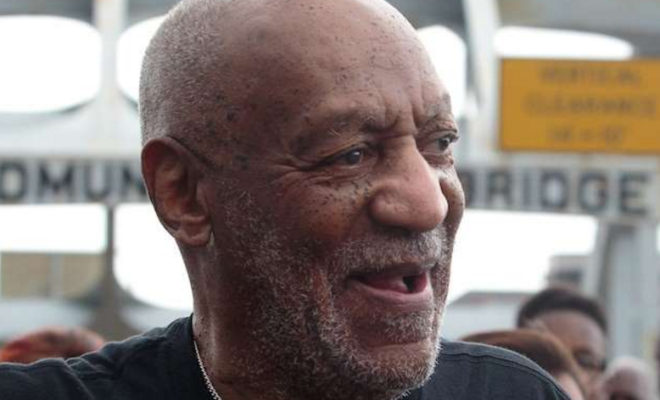 So it looks like Monique Pressley has not only won our respect but she has won a battle within the raging war on Bill Cosby. In case you aren’t familiar with her name, Pressley is the sharp and intelligent lawyer that has been appointed by Cosby to be his front line soldier, and we must say after seeing her in full effect in a recent interview, this sister can hold her own.

According to Reports via MSN, it appears that she brought the exact same fire to the courtroom, because it’s being reported that 2 charges against Cosby have been cleared.

It has taken over three months but today the Los Angeles District Attorney’s office said that Bill Cosbywill not face criminal charges over alleged sexual assault incidents from 2008 and 1965. “After evaluating all potential charges, there is insufficient evidence to prove these crimes beyond a reasonable doubt,” said a declination from Jackie Lacey’s office Wednesday (read it here).

A LAPD investigation of claims that the comedian drugged and assaulted then-18-year old model Chloe Goins at a party at the Playboy Mansion nearly eight years ago was handed over to the L.A. D.A in early October last year. While there has been significant movement and even charges laid in other cases against Cosby from others among the dozens and dozens of women who allege that he drugged and assaulted them, the Sex Crimes division of Lacey’ office has had the cops’ findings under review since the fall.

Certainly moving forward presented serious challenges for the L.A. County D.A. as California laws gives prosecutors 10-years to pursue criminal charges in a rape case but the statue of limitations is generally around half of that on assaults such as Goins claims. Lacey’s office were also looking at an incident that happened over 50 years ago in the Hollywood Hills. “She reported that he took her to an unknown residence in the Hollywood Hills and forced her to have sexual intercourse with him,” the declination states of Jane Doe #1. “Filing the crime of forcible rape is barred by the statute of limitations and as such, any consideration of a criminal filing is prohibited by law.”

The Goins claims were addressed separately by the county lawyers.

“The incident as described by Jane Doe #2 included two potential criminal offenses: misdemeanor sexual battery and misdemeanor indecent exposure,” says today’s paperwork from the L.A. D.A. “Both of these offenses occurred in 2008 and are barred by the statute of limitations and as such, any consideration of a criminal filing is prohibited by law. Therefore, prosecution is declined.”

“Additional potential felony sex offenses not barred by the statute of limitations were also evaluated,” adds the declination. “Sexual battery by restraint, a felony, was contemplated but there is insufficient evidence to prove the elements of this crime. Sexual assaults by intoxication or of an unconscious victim and the attempts to commit such crimes, as well as assault with intent to commit a sex offense were also considered. However, there is no evidence to support the filing of these crimes.”

The LAPD had no comment today on the announcement from Lacey’s office.