Last night the American Music Awards aired. It may be safe to say that one of the highlights of the show was the Iggy Azalea win.

Congrats to Iggy for her win. 2014 has been good to her.  She beat out Drake and Eminem who were also in the category, Best Rap/Hip Hop Album.
Was the win as shocking as it seemed?  T.I. is her music mentor.

Twitter responded,  and here’s what they had to say. 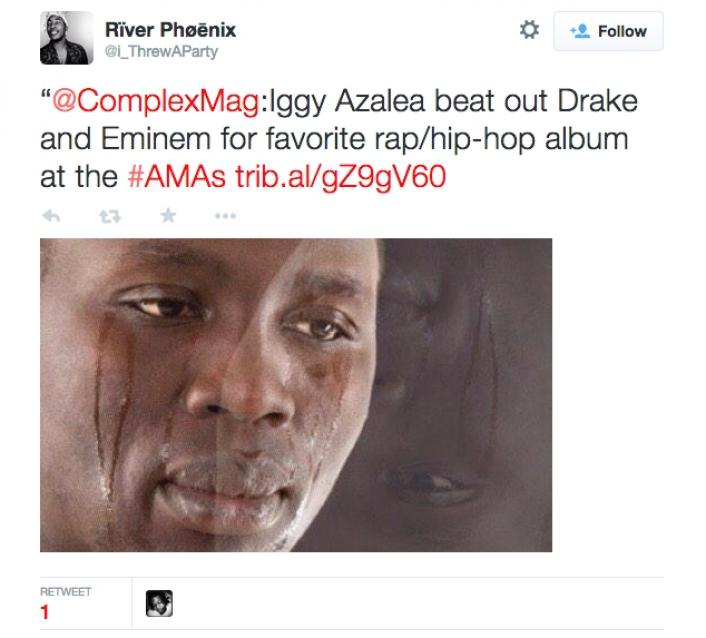