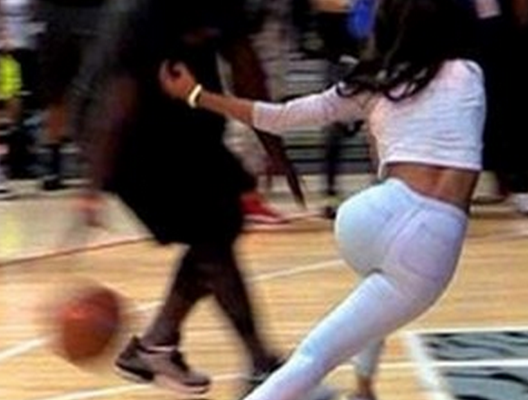 Teyana Taylor Getting Her Ankles Broke on the Basketball Court!!!!! (Her Cakez Still Look Good Thou)

During the Jordan XX9 release event in Las Vegas, Teyana Taylor decided to hit the court and she almost did just that. Lets be honest Teyana did put forth a respectable amount of effort in her defense. But in the end, she came this close to falling flat on on her nice round derriere. Check out the video below of her skills or lack there of.

Well, things are beginning to spiraled pretty quickly. “Teyana Taylor” is now trending on Twitter and it looks the memes have already start to surface:

Pattycakez Staff
← Previous Story Kat Stacks Displays Her Twerking Skills At The Beach
Next Story → SNEAK PEEK OF THE SIMPSONS / FAMILY GUY CROSSOVER AND YOU GUESS IT THERE ABSOLUTELY HILARIOUS!