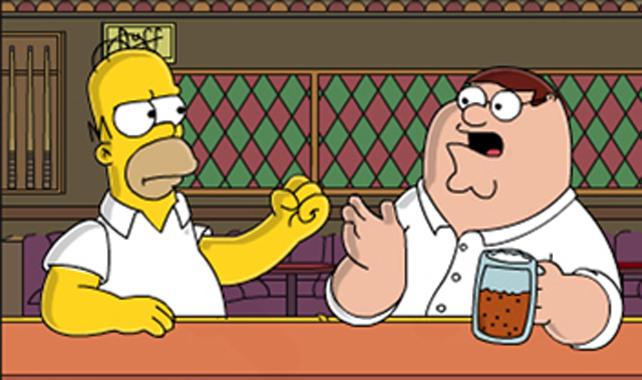 SNEAK PEEK OF THE SIMPSONS / FAMILY GUY CROSSOVER AND YOU GUESS IT THERE ABSOLUTELY HILARIOUS!

When two of the most iconic shows collide, the end result will leave you in complete laughter. Fox network has teased at the idea of this anomaly for quite some time. The highly anticipated Simpsons / Family Guy crossover episode looks promising.

Were sure this one-hour special will act as Family Guy’s new season premiere in September, and over the weekend the producers unveiled a five-minute preview at the San Diego Comic Con.

Although it just a glimpse, we’re utterly convinced that this will be purely entertaining.