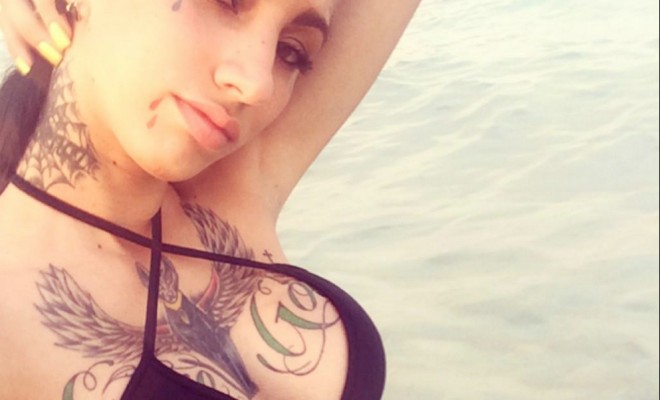 Kat Stacks Displays Her Twerking Skills At The Beach

With summer in full bloom Kat Stacks is ready to make her comeback with a new book, and an unexpected twerk video.

Twerking has been such a controversial dace over the years with celebrities such as Nicki Minaj, Amber Rose, K. Michelle, and Draya spreading there cakez on the web. Ms. Stacks never shies away from the moment with this recent video where Stacks can be seen put her twerking skills to work on the beach. We want to hear from you, what do you all think. Does she have what it takes?

Stacks has continued to remain afloat with her new autobiography, “Becoming Kat Stacks,” which tells the story of Stacks’ upbringing, and the noise she’s made with her relationships with Hip hop entertainers in the industry.

Girl Power
← Previous Story CYN SANTANA SHOWS US HER CURVEY CAKEZ IN LINGERIE FOR THE ‘GRAM’
Next Story → LIRA MERCER INCREDIBLE CAKEZ VIDEO CREATES A FRENZY ON THE ‘GRAM’!