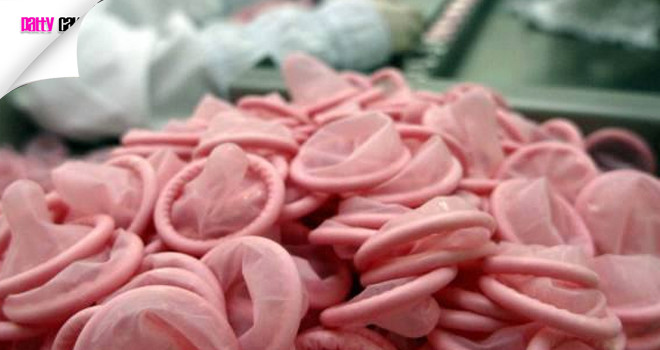 Teens Create ‘Smart’ Condoms That Glow If Person Has STD!!!

A group of young teens create ‘Smart’ Condoms that glow different colors to indicate what STD the infected person is carrying.

Color changing condoms, what will they come up with next!

are helping to create a cleaner sexual environment.

Muaz Nawaz, Daanyaal Ali and Chirag Shah are creating what will be known as the “smart” condom called the “S.T.EYE,” The Independent reports.

This condom could possibly revolutionize how people can detect if they have a sexually transmitted disease without even getting tested.

“We wanted to make something that make detecting harmful STI’s (sexually transmitted infections) safer than ever before, so that people can take immediate action in the privacy of their own homes without the invasive procedures at the doctors,” Daanyaal Ali told The Independent.

The condoms glow a different color in the dark if an STD is detected. Reports show that the condom uses a built-in-indicator that changes color when a bacteria or infection is detected. Green may indicate chlamydia, yellow for herpes, purple for human papillomavirus, or blue for syphilis.

Awards. They also received money and a trip to Buckingham Palace.

According to reports, the condom is not available yet, it is just a concept for now.

The Centers for Disease and Control and Preventionsays ways to help