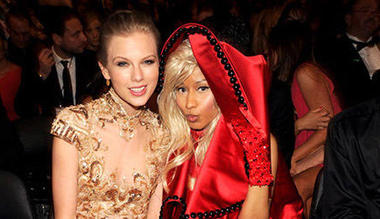 With all the hoopla surrounding the MTV VMA nominations, Nicki Minaj took to her Twitter account to point out “women with very slim bodies” are typically nominated in the category.

Taylor Swift took it upon herself to fire back when social media beef happens between two musicians, other celebrities grow eager to shed their opinions on the situation

The reality queen wasn’t trying to part take in the Twitter feud, she was just uploading a few photos from her Vogue Spain feature and it was taken out of context. She originally captioned this photo, “Imma let you finish but…” 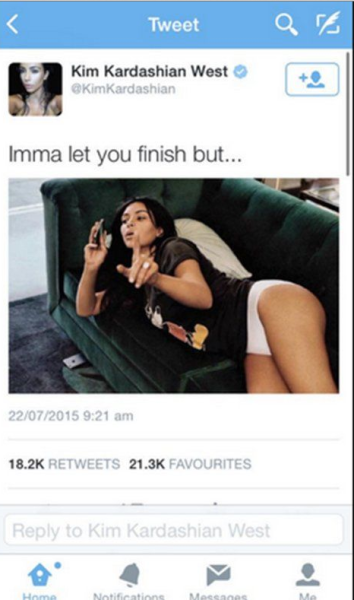 I'm not trying to shade anyone! That's not my style! I just thought that caption was perfect for that pic! Changing the caption now! #ironic

Other Celebs decided to weigh in on the feud

@BrunoMars any way we do dis you gon' come up short

That Cut deep..U always know how to sheer me to the core. I can't believe we're Sheeran this in public. How dare u! https://t.co/fdYOVnlScF

I'm thankful @NICKIMINAJ is inadvertently drawing attention to the fact that @Beyonce's Video Of The Year nominated "7/11" is pretty AWFUL!!

Since the Beyhive is coming for me, I will remind them I think Rihanna has a better catalogue of songs. She's got more music I love! xoxo

And I love Beyonce! She's amazingly talented and a peerless live performer!

Congratulations to all the people of color, @BrunoMars, @kendricklamar & @Beyonce, who got @MTV Video Of The Year nominations! Sorry Nicki!