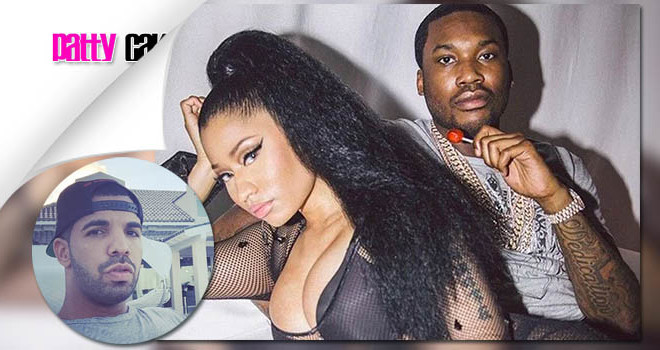 Meek Mill’s hits the big stage on Nicki Minaj Pink Print Tour, in the highly anticipated wake of his ongoing, twitter scuffle with Drake,  The OVO artist has a few choice words for Meek Mill in his new track titled  “Charged Up,” released over the weekend).

“I was doing my album and I asked [Drake] to give me a verse for my album, but [Drake] gave me a verse that he didn’t write, that another wrote,” he told the crowd, adding that “Charged Up” was “very soft, baby lotion soft.” Nicki chimed in on the convo, briefly, telling the audience about how she too writes all her own verses —

dispelling the myth to allegations about  her ex Safaree, who previously alleged that he wrote for her. “Y’all don’t even know how to pronounce the motherf—ing words in my motherf—ing rap, bitch,” she insisted.

Pattycakez Staff
← Previous Story Taylor Swift and Nicki Minaj Twitter Beef, Other Celebrities Weigh In !!!
Next Story → Nicki Minaj & Meek Mill Get Steamy In New Clip For ‘All Eyes On You’ [Video]