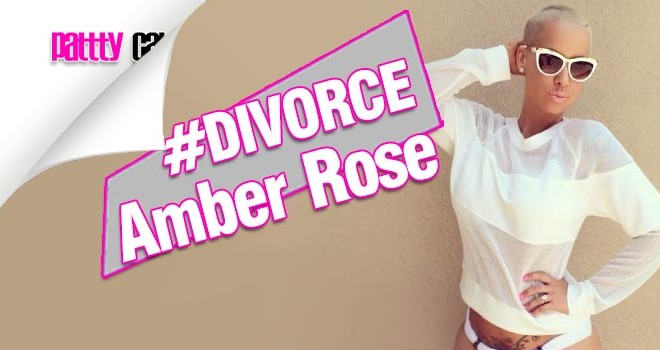 Say it Isn’t So! Amber Rose Files for a Divorce!!

TAKE A LOOK AT MS ROSE’S SIZZLING PHOTOS ABOVE

Wiz Khalifa and Amber Rose has called it quits. Just recently the couple celebrated their anniversary and perhaps a month ago the release of Wiz’s new album.   She paid tribute to her boo with her signature twerk skills.
Well, it’s being reported that Amber Rose has filed for a divorce.  This information follows a unexplained tweet posted to her twitter account that read, “Reliving that moment over and over and over….smh”.
Amber Rose and Wiz have become a favorite couple of so many and we can’t help but wonder what caused the split.  According to reports,  the divorce documents site irreconcilable differences as the reason.
In addition its being reported that she is seeking full legal and physical custody of their adorable 1 year old son, Sebastian.  As well,  Wiz, per their prenup, will provide spousal support.

TAKE A LOOK AT A FEW PHOTOS FROM AMBER’S INSTAGRAM BELOW!