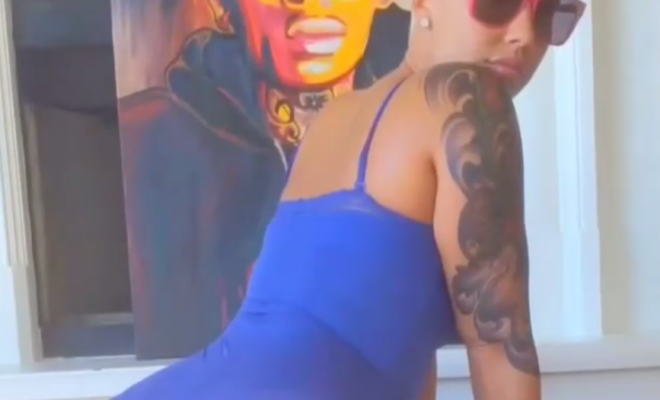 Amber Rose, release another twerk video on instagram to commemorate the success of her husbands latest album, Blacc Hollywood as it has reached number one on the charts. As you know we all love a good twerk video but some fans on Twitter had mixed feelings on the young mother and says she should she should be practicing better decorum.

What’s your stance on Amber Rose’s latest video! Was it “Thirst trap or Or a Commemoration to her husband success.. comments after pressing play below.

meanwhile…Amber Rose really Jordan in the 92 Finals and Kim Kardashian is Drexler. This was Amber's Shrug Game

Of course Amber happy with Wiz. He lets her do hoe shit and takes care of her. Accomplished the Twitter hoe dream.