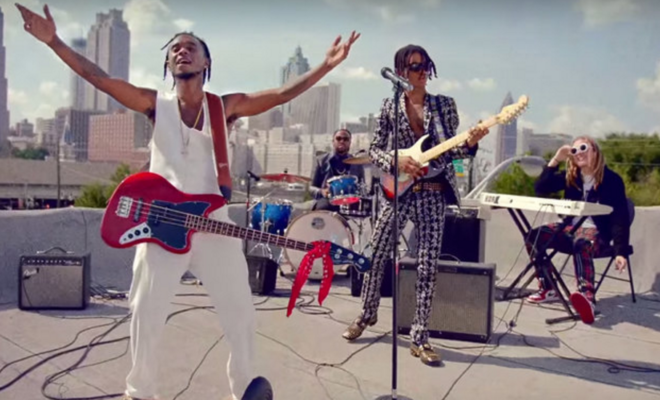 Rae Sremmurd launches from No. 9 to No. 1 on the Billboard Hot 100 this week with “Black Beatles,” featuring Gucci Mane, this will be the first Hot 100 leader for both acts. The track unseats The Chainsmokers “Closer,” featuring Halsey, after 12 weeks at No. 1.

“Black Beatles,” is released on Eardrummer/Interscope Records, has received a huge boost from the tons on social media user using the song for the backdrop to viral Mannequin Challenge videos (including one by a Beatle himself, Paul McCartney, who joined in on the phenomenon on Nov 10 via a video posted to his Twitter account with the text, “Love those Black Beatles #MannequinChallenge”).

The Mannequin Challenge begun to pick up steam  around the end of October On the 26 tweets showing students at Jacksonville, Florida’s Edward H. White High School in mannequin poses; while that clip didn’t feature music, “Black Beatles” has found synchs in a vast array of subsequent videos. Rae Sremmurd then staged its own version of the challenge in concert around Nov. 3; the new Nov. 26-dated Hot 100 reflects the sales and streaming tracking week of Nov. 4-10 music cycle.

Pattycakez Staff
← Previous Story Everyone on Instagram Have Already Formed Some Pretty Strong Opinions About Meek Mill’s ‘DC4’
Next Story → J. Cole Is Set To Release Fourth Studio Album ‘4 Your Eyez Only’