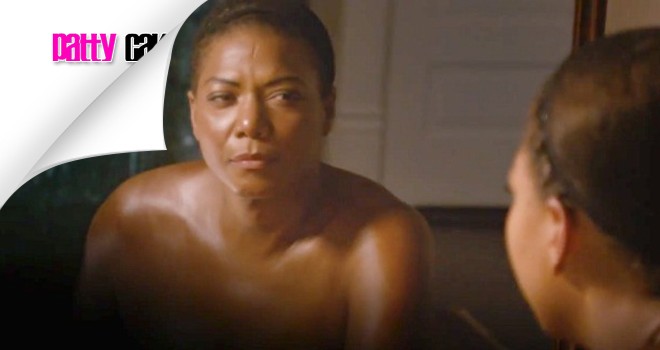 Niki Mcgloster caught up with the legendary Queen Latifah following the premiere of HBO’s Bessie for April/May issue of magazine , in which they have a compelling conversation about how the actress brings the story of legendary …Blues singer Bessie Smith story to life. Latifah also opens up about  her nude scenes in the movie as well. The actress says she “never done that before. and it was a little odd but it was also a quiet, relaxing” She compared her experience to semi naked scene in her role as “Cleo” in F. Gary Gray’s 1996 drama “Set It Off.”

“I’ve never done that before. It was a little odd but it was also a quiet, relaxing thing,” the New Jersey-native recalled of the scene. “Sometimes she was so alone, and it was a moment for Bessie to acknowledge her vulnerability, which I can completely relate to … I don’t find [this nude scene] any more uncomfortable than kissing a girl in ‘Set It Off’ and sticking to the script.”

Happy Good Friday Fam! Check out an exclusive sneak peek of the official #Bessie trailer. Debuts May 16 at 8PM, only on @HBO.

“You have to take your mind off of yourself and honor that character. Respect Cleo, respect Bessie.” As the interview progressed, Latifah also shared her thoughts on the controversy surrounding Bill Cosby’s list of rape allegations. Her assessment was to similar too other notable public A-Lister who open up their views on the situation, the actress-rapper feels Cosby’s wholesome image is indeed tarnished. “It’s unfortunate because he has done so much in terms of entertainment, culture and black folks,” she said. “But right is right and wrong is wrong. All these women, all these stories, it’s just – what a big stain on such an amazing career.” Read more of Queen Latifah’s Uptown magazine interview here.