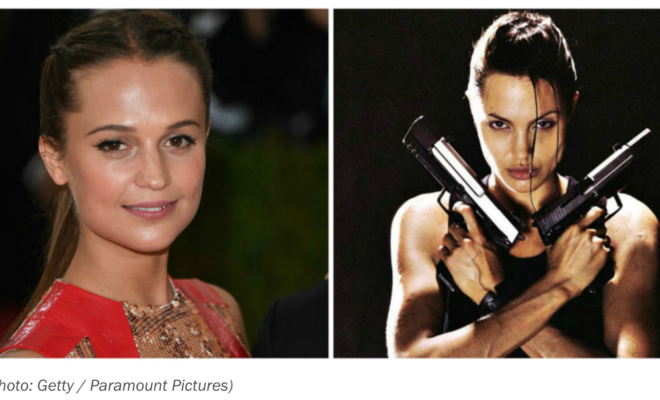 First of all, let’s set the record straight. There will never be another Angelina Jolie in any movie!

Now, that we’ve gotten that out the way, it looks like a few images circulating the web has revealed that the Tomb Raider reboot will indeed be starring another (we assume) badass chick. 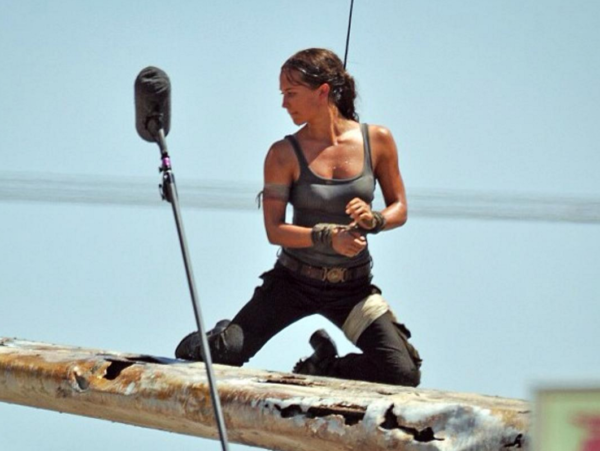 Maxim reported that Swedish, Oscar-winning actress, Alicia Vikander, has been on set filming. Judging from the pictures, it looks like she just might be giving Jolie a good run at the role.

Vikander, known for her award-winning role in The Danish Girl, was seen filming in the iconic Lara Craft attire, cargo pants, tank top and long braid, all the more reason to believe that she just might be doing this.

The movie releases in theaters May 28, 2018. Whew! That’s more than a year. I suppose we will have to deal with tidbits floating about the net and wait very impatiently for it to hit theaters.