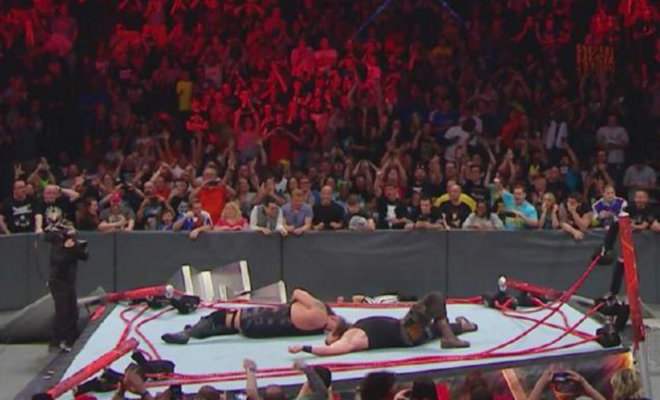 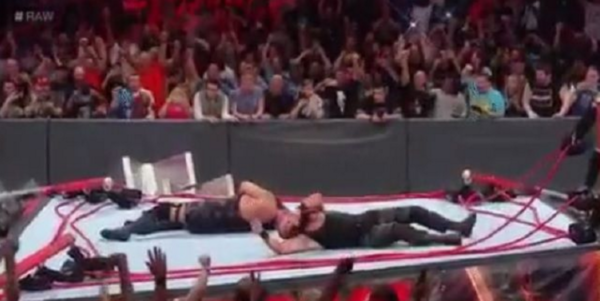 Another historical moment in wrestling, Even if you’re not fan of the testrone induced, over the top theatrics, modern professional wrestling has become, you gotta give the sport credit for amazing stunt like the one displayed last night.

On Monday Night Raw, Braun Strongman took the newly-svelte behemoth known as the The Big Show to the top rope for a suplexed, which was so intense that the damn’ ring collapse. This hasn’t happen since Big Show crashed the ring since his biut with Mark Henry in 2011 and the very first time with Brock Lesnar and Big Show in 2003

Judging from the aww of the crowd’s voices, you know this wasn’t the normal day to day wrestling move. Watch the videos above, kick back and proudly absorb all that is this unique American moment in pro wrestling entertaiment.

The impact of two colossal Superstars leads to one INSANE ring collapse in our main event! @BraunStrowman @WWETheBigShow #RAW pic.twitter.com/bb1WvDRXGZ