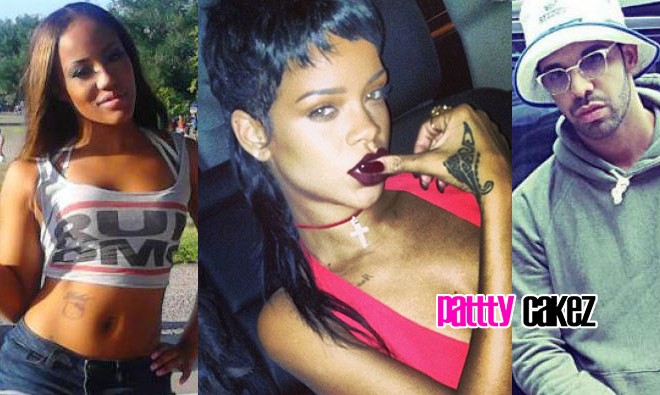 OMG : Rihanna Gets Disappointed That her Ex-Drake Left Her “A-list” Box To Dumpster Dive with strippers!

According to Hollywood life

Rihanna, 26, desperately hopes that the allegations that Texas stripper Jhonni Blaze reportedly filed against her ex-boyfriend Drake, 27, are untrue — and now we know why! A source tells HollywoodLife.com EXCLUSIVELY how Riri “doesn’t want to see Drake get hurt,” but thinks he “should know better” and “learn something” from this.

Rihanna has a very strong reaction to the allegations that a Texas stripper reportedly filed against Drake, saying he allegedly “threatened her life” after they had a sexual fling.

“It’s a terrible situation for him and it’s not even funny, that’s the sad part. She wants to laugh at it but it’s so serious she can’t,” a source tells HollywoodLife.com EXCLUSIVELY. Rihanna still has feelings for the rapper.

“She still loves him. She still cares about him and doesn’t want to see him get hurt. But thing is – he left her. That still stings,” our source says. While Riri hopes the allegations are totally untrue, she thinks Drake having any relations with strippers is a downgrade.

“But what’s the most upsetting is that he downgraded, big time. He didn’t go from a Bugati to a Bentley, that part she would get. But he went from a Bugati to the Number 2 bus. A stripper? Like for real? And now, look at what’s happening to him,” our source reveals. “It’s messed up and she thinks he should know better but still, she thinks it’s sad and awful. No shade though. She’s hoping all this sh*t isn’t even true.”