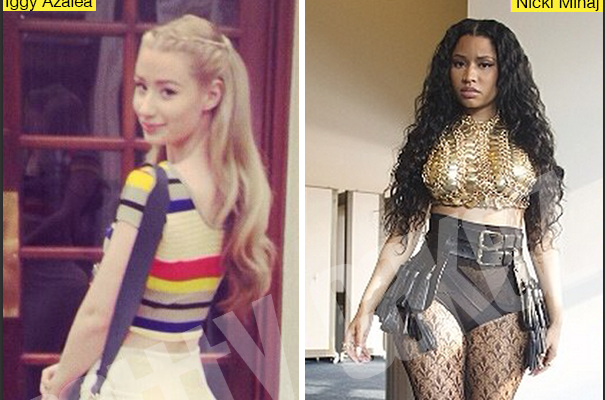 Its been nearly a month after Nicki seemingly thru shots at Iggy during her acceptance speech for Best Female Hip Hop Artist at the BET Awards on June 29, it looks like the ‘Young Money’ artist is throwing even a few more jabs at her female nemesis in two shocking new tweets!

In her first tweet Nicki states that she worked hard to get to where she is today, her message revealed that she doesn’t take kindly to others “cutting corners” to get to the top. Its evident from the tweets that Nicki believes race has an underlying role in certain entertains careers. We could only assume that she is referring to her rap rival Iggy, who in the last few months seen a great deal of  overnight success. In Addition Iggy is also, “wait for it, wait for it” white? Here are Nicki’s tweets: 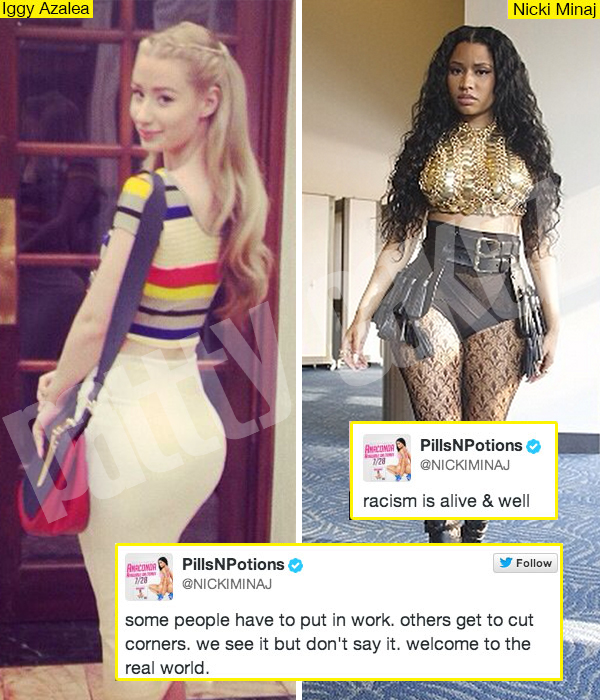 some people have to put in work. others get to cut corners. we see it but don't say it. welcome to the real world.