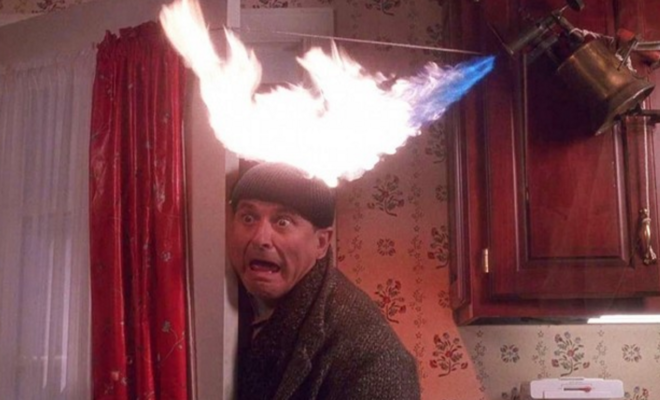 Myth-Busting | Could You Survive The Home Alone Traps? [Watch]

The Home Alone film series, is beloved by so many families over the years, It’s becoming quite the staple in the Christmas experience, like fruit loaf, and the Coca-cola polar bear advert. Since its inception in 1990, little Kevin McCallister (Macaulay Culkin) has spent Christmas alone every year, while crippling would-be burglars in a series of slapstick traps to the delight of millions of viewers. In this article, we count down the five most hilarious traps young Kevin set for those pesky criminals! Ever wonder if how damaging those traps would actually be in real life scenario.

Pattycakez Staff
← Previous Story The First Installment To The Trailer For Scarlett Johansson’s “Ghost In The Shell” Is Here And It Is Insaine
Next Story → It’s Morphin’ Time | The New Power Rangers Movie Trailer Is Here !