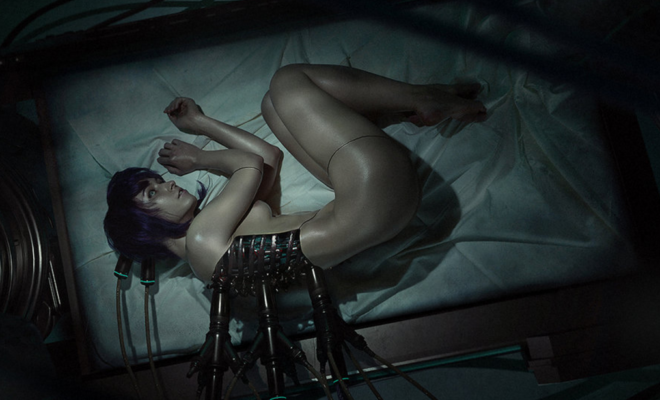 There’s been Tons of talks about Scarlett Johansson’s new movie, so when we heard that the first Ghost in the Shell trailer was finally out, we were very intrigued

Much of the talk surrounded around the movie was controversy centered around Scarlett’s casting.

“To me, you know, I cast very much from the gut and I think I was very lucky to be able to get an amazing international cast of people that I’ve always really wanted to work with. Scarlett was one of those people,” he explained. “She’s got an incredible body of work and the attitude and toughness of her really is to me The Major.”
Without question, ScarJo is an amazing actress, and according to Sanders she was truly the best fit for the role.

“I stand by my decision. She’s the best actress of her generation and I was flattered and honored that she would be in this film. So many people who were around the original anime have been vehemently in support of her because she’s incredible and there are very few like her.”
With the trailer out, now it’s up to fans to decide what they think.

Pattycakez Staff
← Previous Story Watch Beauty and the Beast’s First Official Trailer! A Tale as Old as Time Itself
Next Story → Myth-Busting | Could You Survive The Home Alone Traps? [Watch]