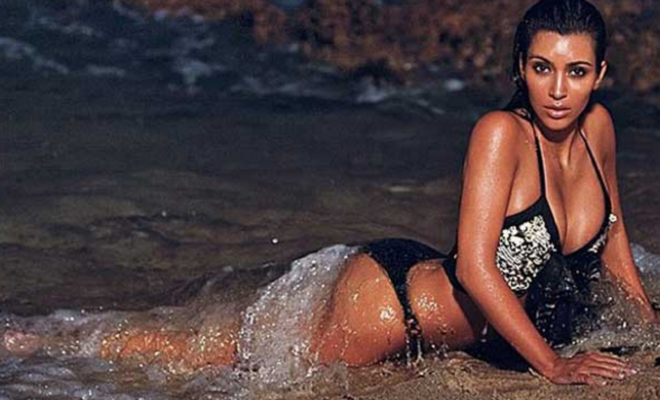 Kim Kardashian has landed on the cover of many magazines, but there’s something about her grin on that new Forbes cover she just seems to have a little more oomph than normal .

The 35-year-old reality queen announced her cover for the magazine’s “The New Mobile Moguls” issue via her social media accounts early Monday morning. The businesswoman is seen on the cover wearing black ensemble, staring down the camera with her arms crossed.

“Such a tremendous honor to be on the cover of @forbes,” Kardashian wrote on Twitter. “I never dreamed this would happen & know my Dad would be proud.”

Such a tremendous honor to be on the cover of @forbes! I never dreamed this would happen& know my Dad would be proud pic.twitter.com/jxsjXnfVQE

Well hell she’s correct ―landed a spot in forbes isn’t bad for someone who runs a successful app, emoji line, raked in a cool $160 million in revenue from one video game and pulled a little over $52 million in 2015. In her interview with Forbes, the “Keeping Up with the Kardashians” star describes her transition into tech.

“I became really intrigued with the tech world. I started spending a lot of time in San Francisco,” Kardashian told the magazine. “I realized this is really going to be the next cycle of my career and this is what I want to focus on.”

The Kardashian says her childhood love for video games influenced her decision to create one for her fans. Though she’s enjoyed generating revenue from emojis and apps , many have criticized Kim’s decision to step out the world of reality tv.

“When people looked at me in a way like, ‘Why is she stepping into the tech world? That’s not her territory! Stick to reality TV!’ I was like, ‘No,’ ” the 35-year-old said. “This is fun for me. Now I’m coming up with Kimojis and the app and all these other ideas. I don’t see myself stopping.”

Such a tremendous honor to be on the cover of @forbes! I never dreamed this would happen and know my Dad would be so proud. #NotBadForAGirlWithNoTalent 😍😜