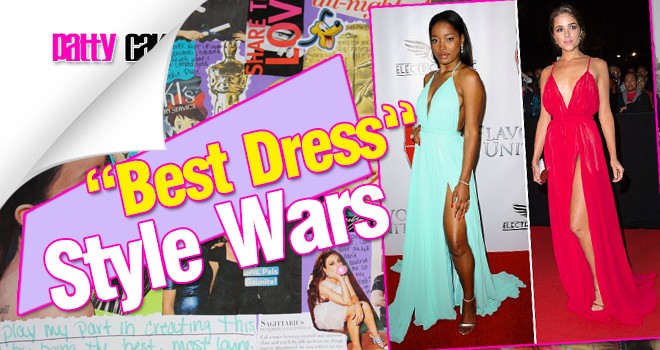 Sheesh… Keke Palmer Or Olivia Culpo In Michael Costello: Who Wore It Best

Future A-lister and “Brotherly Love” star  Keke Palmer gracefully made her way down the red carpet for the her SilverScreen Theater TV premiere at the Pacific Design Center in West Hollywood, California. The actress featured a mint-colored Michael Costello gown which harbored an elongated neckline, with accoutrements  by “Jason of Beverly Hills” jewels. The  gown also featured a slit below the midriff which was accompanied by a pair of silver Stuart Weitzman sandals. 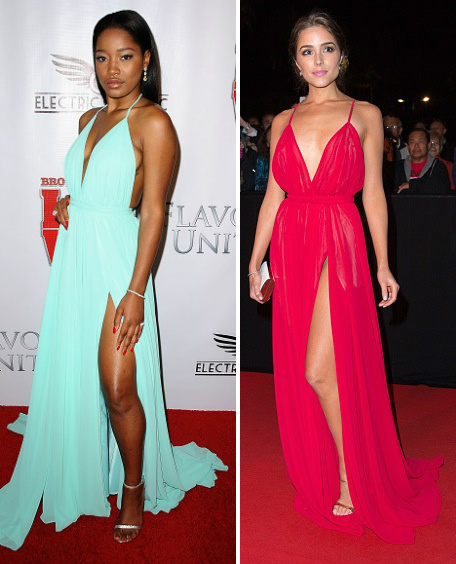 Oliva Culpo remember former Miss Universe and Nick Jonas’ girlfriend also wore the same ensemble, that featured a criss-cross back  but rather in a ruby red fabric during her carpet appearances last October, in Cannes, France for her TV and entertainment market event. 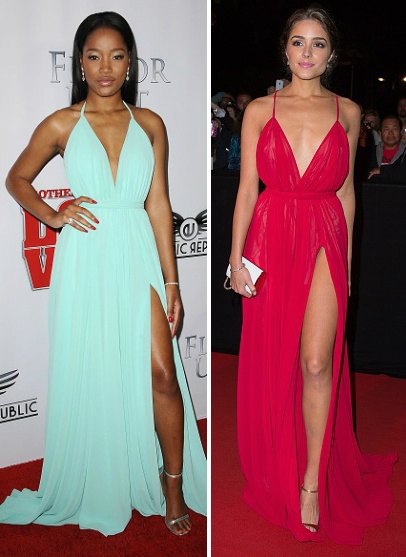