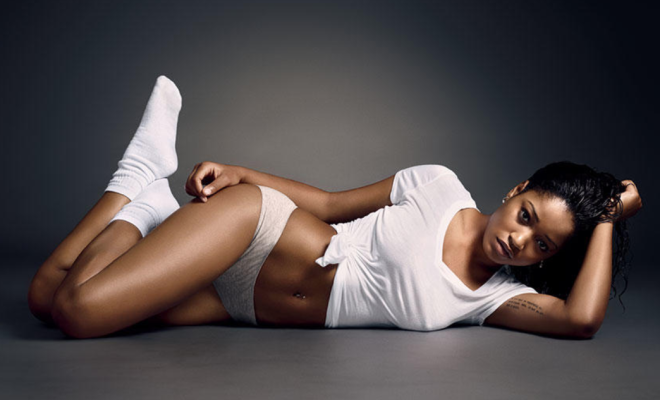 Throwback Look At KeKe Palmer’s Sexiest Shoot Ever With Maxim !!!

Child star Keke Palmer has definitely entered womanhood and these pictures tell it all. She ranks 37 on Pattycakez top 100 sexiest women.

Born in the suburbs of South Chicago, Palmer has always been good at getting what she wants. After starring in her first Hollywood film, Barbershop 2: Back in Business, at age nine, she convinced her family to relocate to L.A. so she could pursue an acting career. And she’s been unstoppable ever since. On top of her four dozen–plus acting credits (she’s had recurring roles on 90210 and Showtime’s critically acclaimed Masters of Sex), Palmer’s résumé includes a season on Broadway as Cinderella, a studio-recorded R&B album, and a talk show on BET, Just Keke, that debuted last year, making her the youngest talk-show host in television history.

The 22-year-old recently struck a few poses for Maxim magazine, and it’s safe to say she not a little girl any more.

In one photo, Palmer lets her hair down while showing some skin in a revealing, skintight bodysuit. The actress also turns up the sex appeal in a second shot, which features a lounging KeKe in nothing but a relaxed white tee, undies and socks.

Of Course we can’t show you all of the amazing shots for her saucy Maxim shoot , you have to grab the latest issue of maxim magazine for that.

Pattycakez Staff
← Previous Story Official Trailer For X-Men: Apocalypse Is Here !!!!
Next Story → Katt Williams Punches Teen In The Face, And Gets Chocked Out — Watch