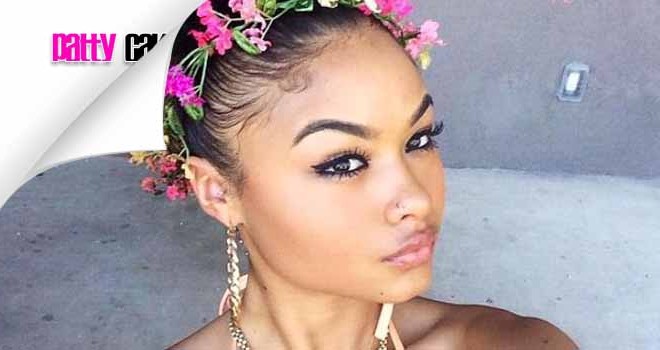 Fellas, hide yo girl…from Drake!! He “Now has his eyes on” The GAME’S GIRL INDIA LOVE!!!! 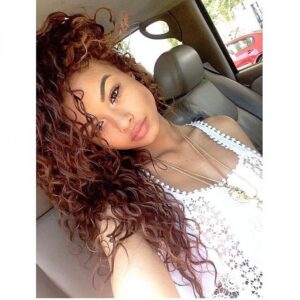 Another day and yet another report of Drake swooping in for the kill.
We have made several reports concerning Drake and his lady- for the week, who, in most cases, belonged to someone else.
Well, it looks like Drake may have put his eye on another beauty and is plotting to go in for the kill, or is he? 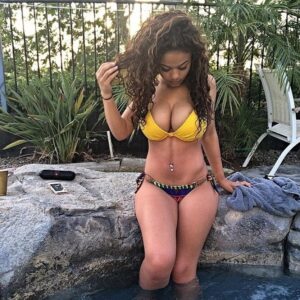 The 18 year-old California beauty, India Love, who has openly been dating rapper Game has obviously caught Drake’s attention. He recently followed an Instagram fan page for the young beauty, leading many to think that he may be trying to stiff Game for his lady. 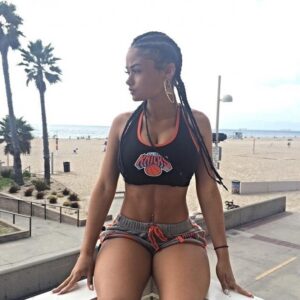 Just recently, Chris Brown put his on-again, off-again girlfriend on blast for cheating with Drake. As well, a brawl between he and Diddy sent the internet in an uproar speculating that it was because of Drake flirting with Cassie. 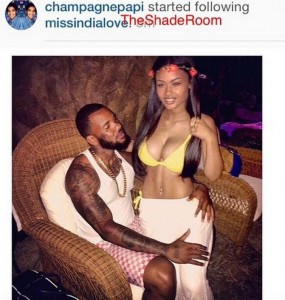 Drake has seemingly become a real ladies’ man in the passing days.
Do you think Game should be worried?
Related ItemsDrakeIndia LoveShadyThe Game