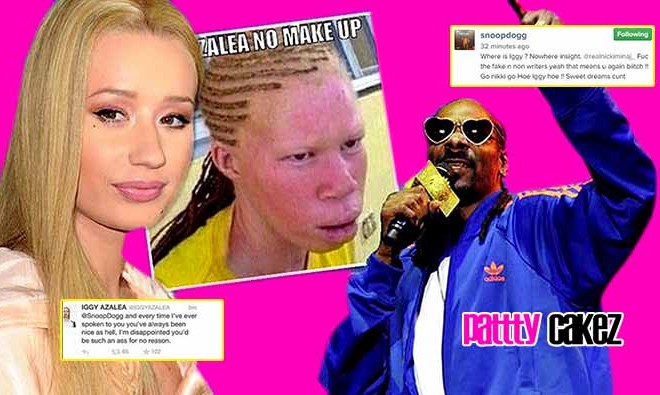 DUH-RAMMAA!!! Snoop Dogg Starts A Instagram WAR With female rapper Iggy Azalea . . . Calls her All types of Hoe and Bitc*h!!!!

IT ALL STARTED FROM THIS PICTURE THAT SNOOP DOGG POSTED 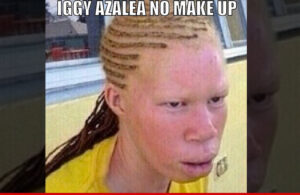 Rap beefs are nothing new but the latest one between Snoop Dogg (or Snoop Lion or Todd , depending on whichever of his multiple personalities shows up) and Australian beauty, Iggy Azalea is just plain unheard of. Snoop came after Iggy via Instagram after paparazzi released a flawless shot of the rapper sans make-up. Snoop, for what ever reason, took the opportunity to mock the rapper with a meme of what appears to be an albino woman who he says looks like Iggy without makeup.
Well, she wasted no time in responding to Snoop, calling him out via Twitter on his pettiness. From there, it escalated into what may be known as the one of the most memorable rap beefs to eve occur. 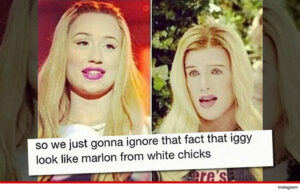 While It is rather baffling as to why the West coast rapper would come for blood the way he did, he had no mercy, pelting the Fancy rapper with streams of insulting and derogatory posts via Instagram. He even dared her boyfriend, Nick Young, to respond on her behalf- he did and still that didn’t stop Snoop. He came even harder until finally, the King of the South TI, stepped in via private phone call and shut it down.

What do you think caused Snoop to act the way he did? Do you think Iggy handled it well?

Gypsy Long
← Previous Story Beyonce latest struggle hair doo shuts Instagram down!!! Jay-z why you let her come out like that!
Next Story → K. Michelle unscripted: she says Ochocinco’s penis was too big to fit in her Box!!