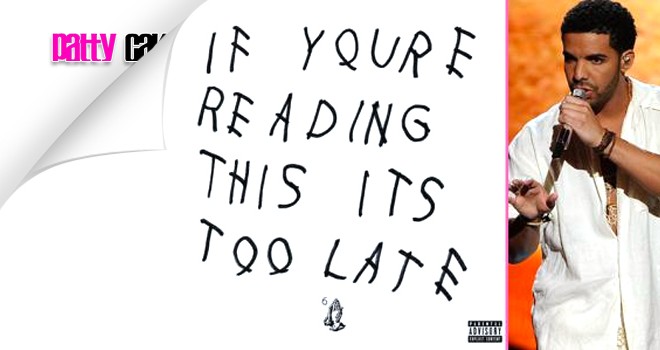 The clock is ticking  and its only a matter of time before artists will be able to pull a Beyoncé  stunt before the marketing strategy  becomes passé.

On Thursday night, Drake took to the web to talk to his 20.7 million Twitter followers announcing the newly release of “If You’re Reading This It’s Too Late,” the mixtape precursor to his planned fourth studio album “Views From the 6.”

The mixtape is available on iTunes and SoundCloud.

DRAKE ~ JUNGLE from OctobersVeryOwn on Vimeo.

Pattycakez Staff
← Previous Story 50 CENT BLAST A$AP ROCKY FOR SLIDING HIS EX A DM ON THE GRAM!!
Next Story → TYGA SNAPS ON DRAKE FOR TAKING SHOTS ON NEW MIXTAPE