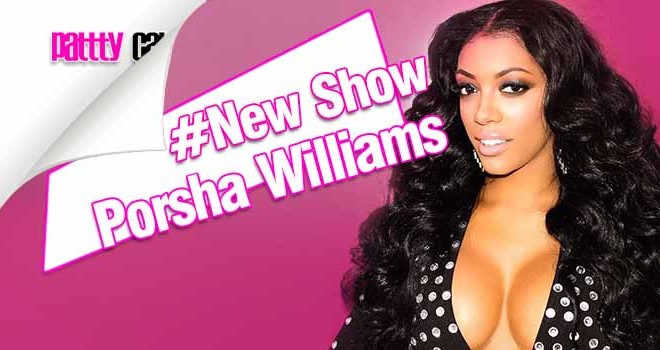 Don’t hate: After Getting the boot from RHOA Porsha Williams Announces Her Own Spinoff Reality Series!!!!

Porsha Williams may have been demoted from full-time housewife to “friend” on Real Housewives of Atlanta, but she’s far from ready to give up on her reality TV career.
It was recently reported that the 31-year-old star would soon be regaining her leading lady status, thanks to a new show, and today, Porsha confirmed the good news.

Dish Nation reveals that Porsha has a new TV project in the works, in which she will both star and executive produce.
Although little other information about Porsha’s new show has been released, she has plenty going on to use as a basis for her new show.

In addition to her singing career, Porsha is working hard promoting her Go Naked! hair line and her soon-to-be-released lingerie brand. However, perhaps the most scintillating detail of Porsha’s life is her new relationship, which she’s eluded to without ever revealing the identity of the Prince Charming.

While the reality star has said in the past that she would reveal her beau’s identity were she asked back as a housewife for another season of RHoA, it seems that details of her top secret romance may be just the incentive viewers need to tune in for her new show.