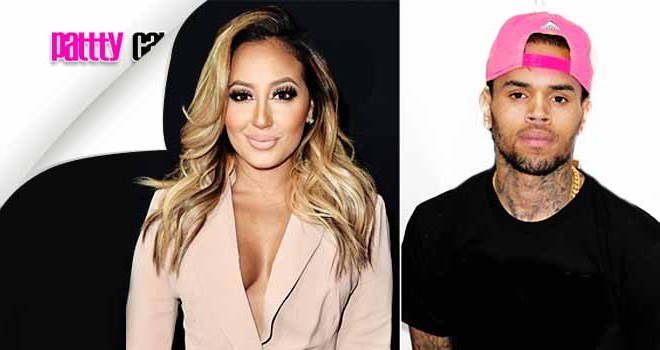 If you are wondering why, it is clear you have been hiding under a rock in the past 48 hours. There’s a new storm brewing, and its between Chris Brown and the ladies of the talkshow, The Real, Tamar Braxton and Adrienne Bailon. The show touched basis on relationships as a topic of discussion and Chris Brown and his on again, off again boo, Karreuche were used as an example. Neither of the two ladies seemed to intentionally bash the star in their commentary, in fact they, for the  most part, kept a pretty neutral stance on their outlook of their relationship.

Well, apparently Chris received the news and he went all the way in, especially with Adrienne. He convinced the world that there is some bad air between the two of them. Besides calling Tamar a muppet, he went very lightly on her.

He angrily took to his Instagram to call out Adrienne in a very NSFW way, saying:

“BRING THAT ASS HERE BOY” ADRIENNE BAILON…. You ole trout mouth ass b*tch. U tried it. Won’t u the same b*tch that was f*cking wit married men? U also was keeping up with the Kardashians! U can’t talk about relationship goals when u don’t even have life goals. Ain’t you a cheetah girl? Last time u was important n*ggas was riding spinners and wearing 6x talk Ts. You the same b*tch having threesomes like the rest of these hoes. U tried it too Tamara Braxton. U take the role of the ugly sister. It’s always the people wit no career that talk all the shit. Dat plastic surgery f*cked yo face up. Bitch look like she always saying “huh”? Muppet face ass! #basicb*tchproblems #thotiannas I don’t even need a photo for Tamar, that b*tch is beat in every photo! #icanmakeabrokeb*tchrichbutidontfuckwitbrokeb*tches”

However, that didn’t stop SHE from giving him a good read, honey.

Chris earlier today refused to retract his comments but did acknowledge that the situation may have been blown a little out of proportion. Please see their posts and give me your thoughts. 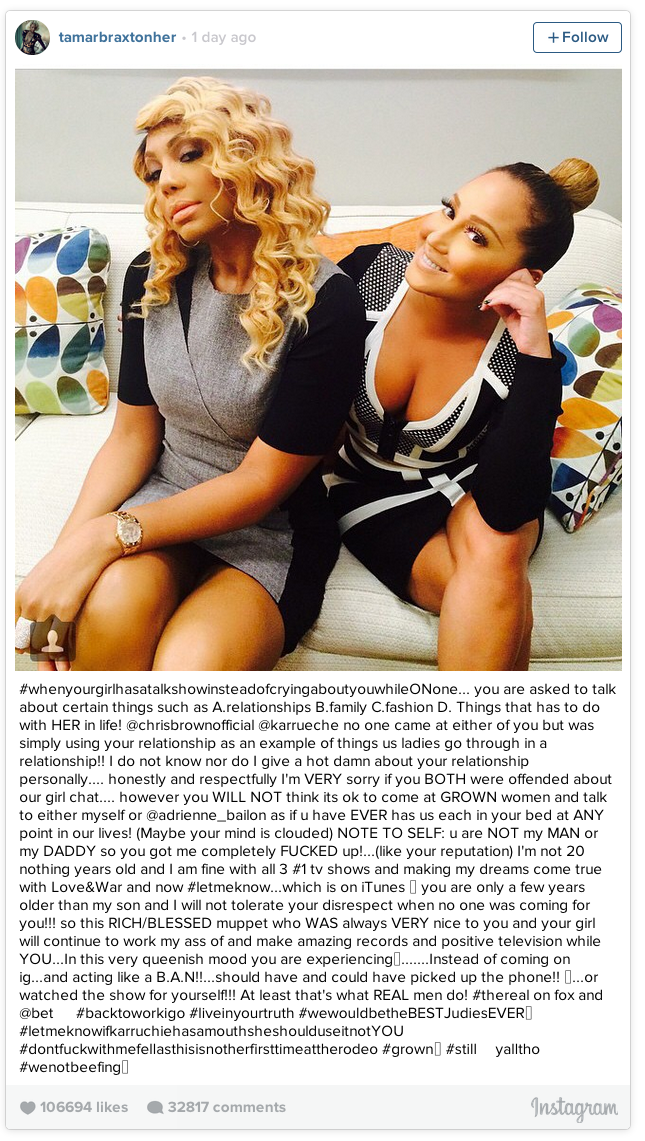 Gypsy Long
← Previous Story Fake Cakez: Celebrities that need to give up Butt Shots Cold Turkey!!!!
Next Story → Don’t hate: After Getting the boot from RHOA Porsha Williams Announces Her Own Spinoff Reality Series!!!!