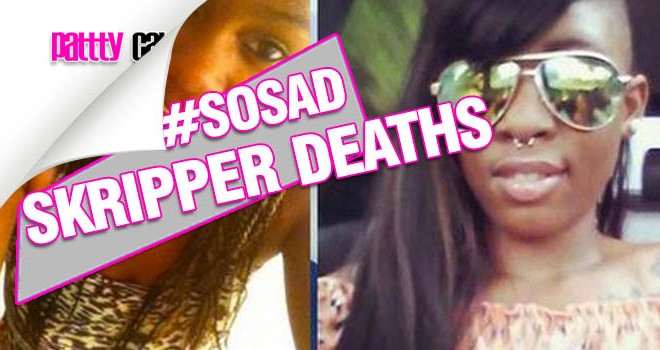 Its A Dayummm Shame: Two Black Teenage Girls Working As Skrippers Bound Together And Found Dead!

The bodies of two Tampa teenagers were discovered Thursday morning on a roadside in Duval County.

Angelia Mangum, 19, and Tjhisha Ball, 18, were found about 1 a.m., according to law enforcement. A witness told Jacksonville news station WJAX the teenagers were bound with zip ties and lying on top of one another.

“Two witnesses were driving by and they saw bodies and they called 911,” Sgt. T.K. Waters told news station WJXT.

Officers were dispatched to Sisson Drive, near the intersection of Main Street North and Clark Road.

Investigators suspect foul play and are trying to determine the causes of death.

“They were in an area where they would have been noticed, so I think it was fairly recently since they’d been left there,” Waters also told WJXT.

A medical examiner has taken the bodies to determine the cause of death.

Mangum had two outstanding warrants on charges of burglary of an unoccupied conveyance, according to law enforcement. Ball was arrested in April for having no valid driver’s license.

They say the two women were inseparable best friends.

According to Moore, both women had been living in the Jacksonville area off and on for approximately a year and a half. The family said they had been working there as exotic dancers.

It’s a pain that’s only worsened by the fact that no one has been caught.

“I just plead with you, whoever done this, please just turn yourself in,” Ball’s aunt, Permella Hargrove, said through tears. “Anyone that knows anything about these murders would you please, please help our families to get some justice and some peace.”

Anyone who has any information in regards to this double murder is asked to contact the Jacksonville Sheriff’s Office at 904-630-0500 or email JSOCrimeTips@jaxsheriff.org . To remain anonymous and receive a possible reward of up to $3,000 you can also contact Crime Stoppers at 1-866-845-TIPS.