So you really mad at me? Over a little Baby!!! Chris Brown & Karrueche Tran Get into A Shouting match After Being Spotted Leaving The Club Together!!!

Chris Brown & Karrueche Tran Are Spotted Leaving Club Together, But …

Upon finding out about Chris Brown’s baby daughter via social media, model Karrueche Tran has declared on several occasion that she is truly not interested in getting back together with chris breezy, but for whatever that’s worth… Chris does seem to to care in the least bit.

From the looks of the video obtained by tmz

Chris brown was spotted last night leaving the Playhouse Nightclub to reunite with his ex-girlfriend Karrueche Tran who was accompanied by an entourage of celebrity friends including her bestie, singer and actress Christina Milian. It was at that moment with that moment Brown started banging on Karrueche front door after she kicked him out of her black suv. 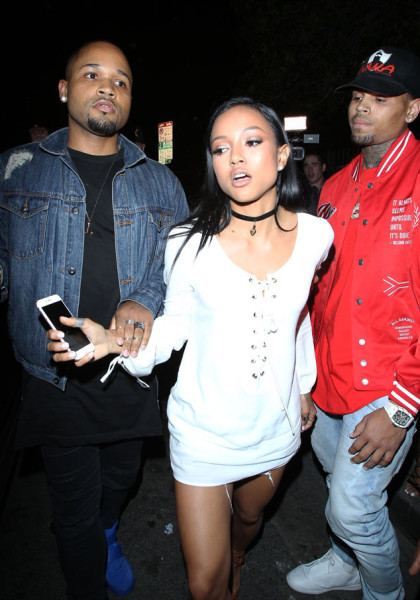 Sources say the drama actually begin inside Playhouse Nightclub … When Chris snagged a V.I.P. booth directly next to the vip table Tran was at.
From that point Tran was highly pissed off and left the club …With her crew but not before  Brown followed … Eventually making his way inside her suv .

Were being told that Karrueche originally didn’t want him inside and dropped him off with his friends right after.

After being drop off at his homies house, she was bewildered to find Brown at her doorstep around 3:30 am “banging and yelling”, for her to open up. 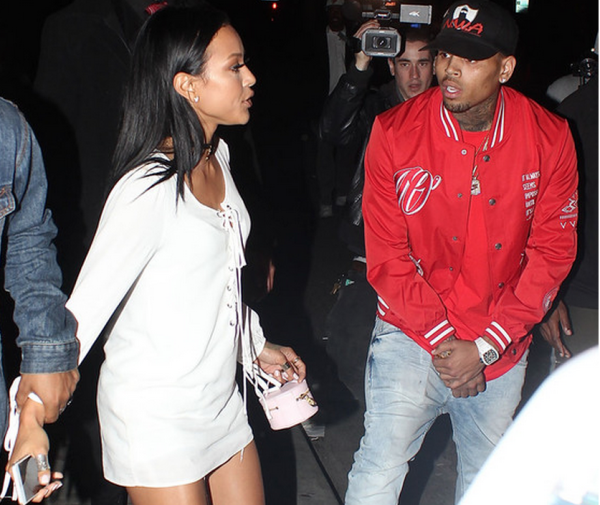 Its reported that Ms. Tran “ultimately left her home and went to the famous Norm’s diner.  Where Brown showed there too  a short time later.
Once inside, it was there they said the arguing begin and it escalated into a full-blown shouting match. Eventually, Karrueche left the restaurant and returned home without Chris.

Looks like she’s trying her best to avoid him at all cost so I guess we don’t have to worry about them rekindling the flame of love anytime soon.

Do think think Karrueche and Chris brown will will eventually give their love a second chance? Or do you feel Chris Brown needs to let her go for good! Leave your comments below!