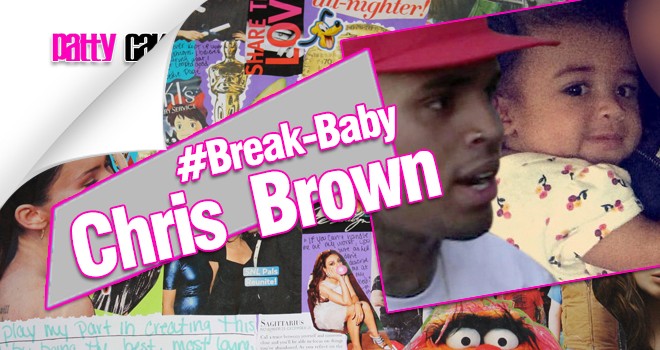 Chris Brown has a 9-month old baby and Karreueche ain’t trying to be a stepmom! Instagram comes for Chris Brown!

Ok, so where do we start? Let’s try Chris Brown has a 9-month old baby with a 30 year-old model chick named Nia. The man who apparently has been caring for the kid took to Instagram to express his grief with TMZ and Baller Alert for how this information has broken his family.
In addition, its reported that Nia and Chris’ on-again-off-again girlfriend, Karrueche, share a mutual friend- Christina Milian.
While Chris has not taken the time to respond, Karrueche has. She took to her twitter and expressed that she did not do kids, this was the final straw, and that she is done…with Chris, we assume.
So, Drake drops an album overnight and Chris one ups him and pops out a baby overnight…oh, ok! We see how he did that!
However, while it seems as if this may have been overnight, as it was all just sprung on us out of nowhere, reports state that a few days ago Karrueche posted “Do you guys know a Nia?’ to her Instagram, a post which has since been removed.
Hmmmm…
But, Chris Brown STILL hasn’t said anything.
Yet, do you know who had something to say? That’s right- Twitter.
In a matter of time, after the story was first reported, Twitter had started, like always, a whole new slew of memes responding to this chaos.
Take a look at the hilarity! 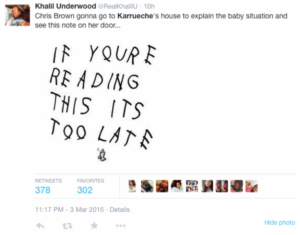 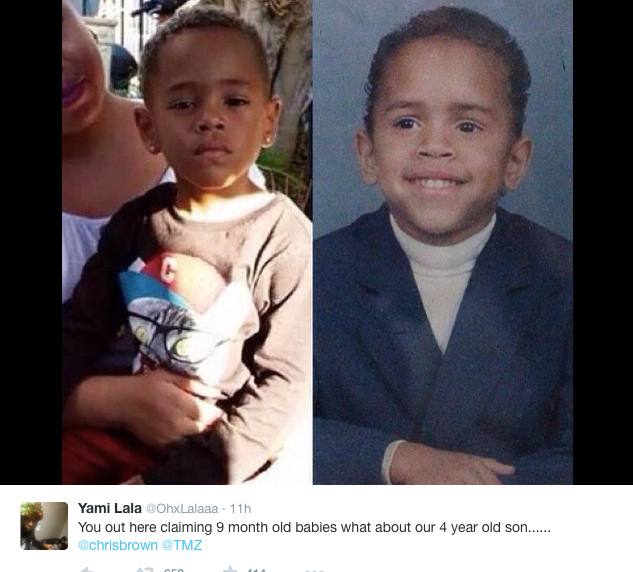