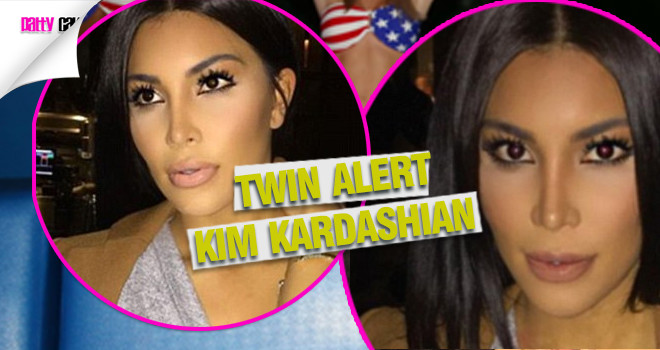 Kim Kardashian has a twin…. A Canadian blogger name Kamilla Osman who looks so similar to reality star she’s often called her ‘twin’ has revealed she doesn’t try to copy the Kimmy at all however she does insists she can’t see the resemblance.

The Toronto native Kamilla Osman, shares the same long, dark hair and almond-shaped eyes as the 35-year-old mother-of-two, as well as her curvaceous figure.
The fashion blogger, has 126,000 followers on Instagram, and enjoys a similar beauty regime to Kim, she even uses a waist trainer before bedtime just like the star. 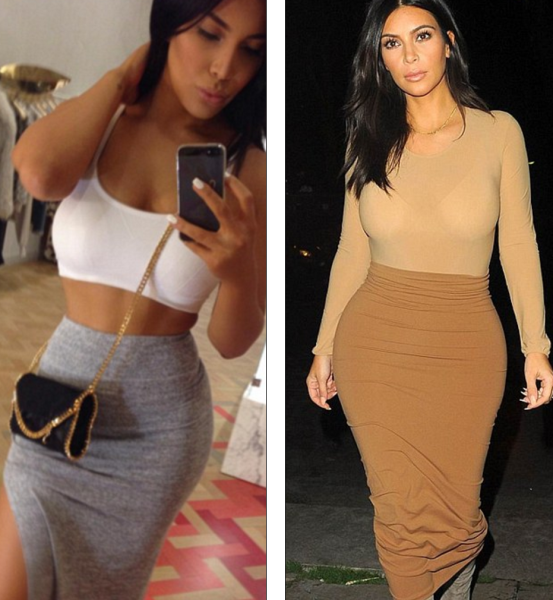 Kamilla Osman, from Toronto, has been compared to Kim Kardashian-West by many people on Instagram but she said she doesn’t see the resemblance herself But Kamilla said she is not aiming to look like Kim although she does use many of the same techniques as the reality star, such as contouring and waist training, to achieve her slim figure

She told Elle magazine: ‘I personally do not see that much resemblance with Kim Kardashian in myself.’

However the lookalike was first compared to Kim when she was just 15 years old.

As well as having a natural resemblance to the reality TV star – who has two children with Kanye West after recently giving birth to a son Saint – Kamilla has the same olive skin and dark brows, and is also a make-up pro.

Kamilla Osman has the same long, dark hair and almond-shaped eyes as Kim Kardashian-West, 35, and has mastered the selfie like the reality star The fashion blogger has more than 126,000 followers with many commenting that she could be Kim’s ‘twin’ and her make-up also echoes Kim’s with plenty of contouring As well as having a natural resemblance to Kim with olive skin and dark brows, Kamilla is also a make-up pro and uses neutral shades to emphasise her eyes

Pattycakez Staff
← Previous Story Angelina Jolie has A Doppelganger And Her Name Is Chelsea Marr !!!!
Next Story → MOTHER-OF-5 SPENDS OVER $500,000 ON PLASTIC SURGERY TO LOOK LIKE A BARBIE DOLL !!!