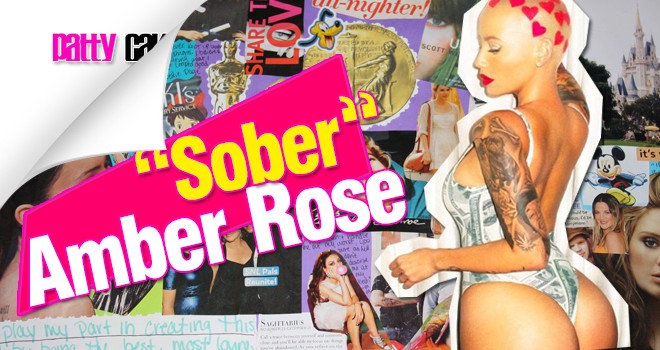 Blame it On the Booze! Amber Rose Claims She was Drunk off Crown and Coke for Kanye Shade

Earlier this week we covered a story involving Amber Rose on stage at a La nightclub, grabbing the microphone and blatantly suggesting that Kanye doesn’t write his verses.  While on the mic Amber asked of the DJ, who had been playing Kanye’s songs,

Since then then Rose has recanted her initial statement. Posting to her Instagram following,  “Lol Note to self Amber- when ur sh*t faced off the Crown and coke stfu it’s not cute.

Do you believe that alcohol was culprit behind Amber’s statement?