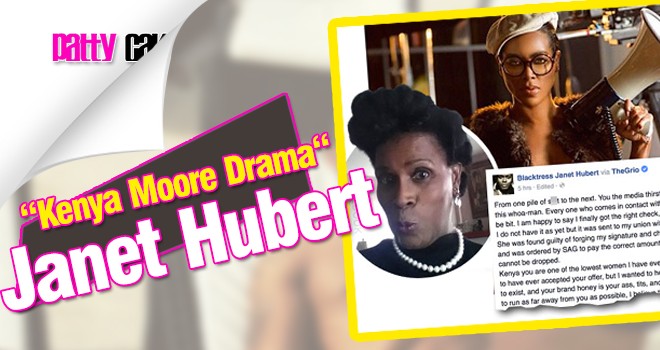 Another day, another Kenya Moore tale. Ok, so by now,  we’ve all found out that her Hollywood match made in heaven was a sham. Shame on James Patterson,  her fraudulent boo, for lying on love.
Kenya,  of course, took to Instagram to express her hurt. Everyone lashed out in her favor.
Im saying, how can anyone play with someone’s heart? 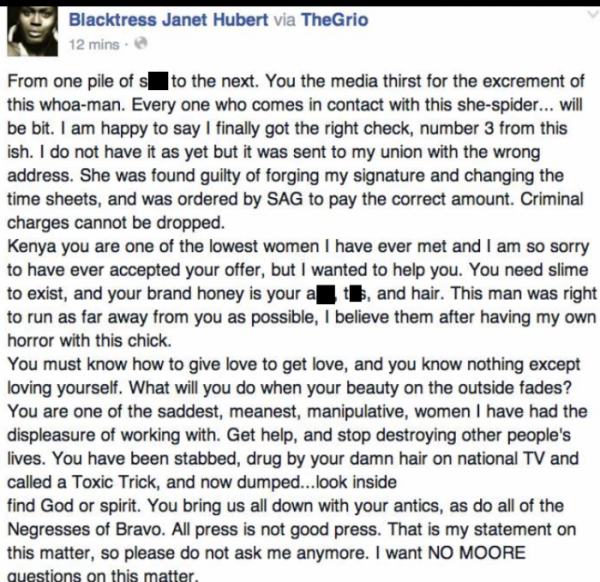 Everyone, that is, except Janet Hubert. Dont act as if you don’t know Aunt Viv. There’s been some bad blood between the two since Janet collaborated with Kenya on her highly anticipated production,  Life Twirls On, and Kenya didn’t want to release Janet’s coins.
Well, honey,  she read every inch of Kenya she could in her response to her thoughts on the situation.

Pattycakez Staff
← Previous Story CAT FIGHT!!! JUJU SNAPS OUT DUE TO HEAT AND ATTACKS GIRL IN CLUB FOR TOUCHING CAM’RON !!!!
Next Story → Erica Mena Public Announcement “Don’t Ever Compare Me To Draya Michele”