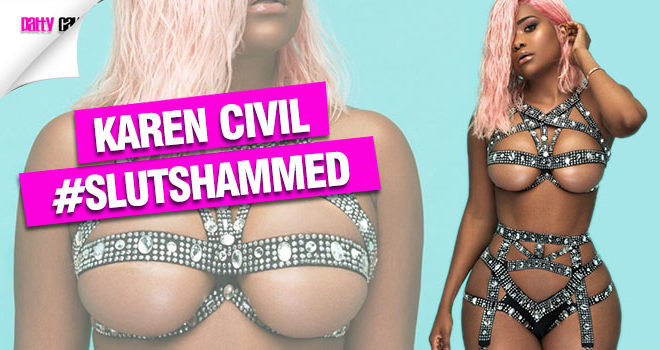 Media socialite Karen Civil has the internet buzzing this week with her recent racy photo. Karen

Karen Civil gain attention from becoming one of the most successful digital media marketing strategist in hip hop. Now she helps big brands like beats by Dre and Miyx with the digital imprint on the web. Civil who’s posted the photo for Amber Rose Slut walk caption the photo

“Karen UnCivil: Stepped out the box for this one,” the caption of an NSFW pic Civil posted of herself, read. 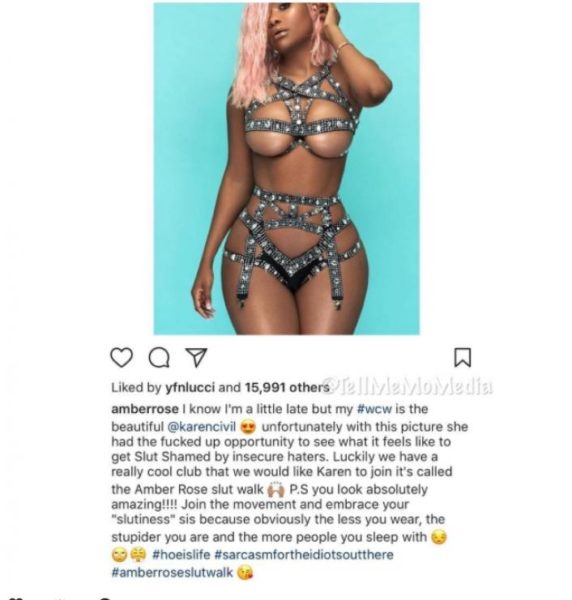 Although the majority of social media responded to the post with very positive and encouraging words for her decision to celebrating her body, however there were a few of those who chastised Civil for her choice of attire. “You sold yourself short,” one follower wrote, while another tried discredit her plite, “Now you just look like the rest of these IG thots.” 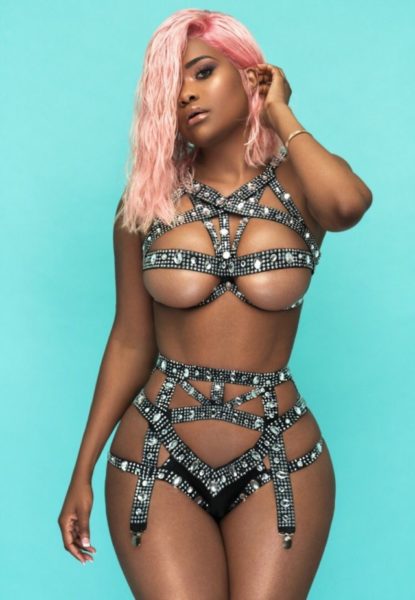 Civil would soon capture the attention of Amber Rose who slid into her comments below the post to warn her against addressing her critics.
Rose writes “Unfortunately with this picture she had the f**ked up opportunity to see what it feels like to get slut shamed by insecure haters. Luckily we have a really cool club that we would like Karen to join. It’s called the Amber Rose Slut Walk,” wrote Rose, before going on with her shameless plug. “Join the movement and embrace your “slutiness” sis, because obviously the less you wear, the stupider you are and the more people you sleep with,” she wrote. 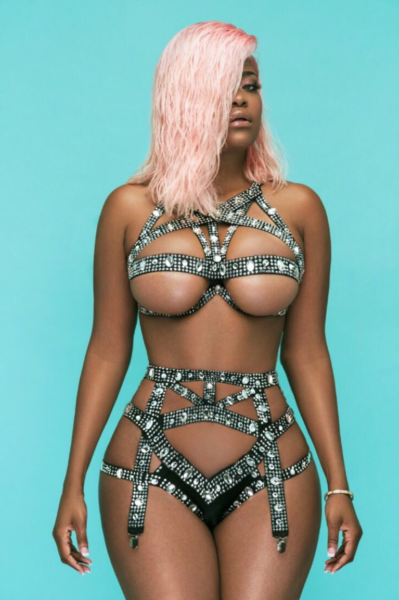 Pattycakez Staff
← Previous Story Does Model Brittany Renner Have the Best Abs In the Game ?
Next Story → This Five Year Old Girl Is A Drifter (VIDEO)