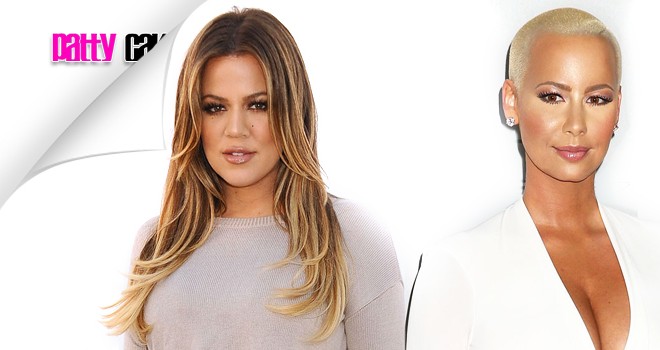 The feud between Amber Rose and Khloe Kardashian  doesn’t seem to be letting up anytime soon, so grab a seat and get your popcorn ready.  Here’s a recap…. After branding Kim Kardashian a “wh-re” during a Twitter war on Monday, Feb. 16, Rose is taking things one step further — now she’s rehashing old tabloid claims that O.J. Simpson is Khloe’s real father!

For the reader who are just tuning in …The feud between the two began when Amber Rose, called Khloe’s little sister Kylie Jenner, 17, a “baby” who “needs to go to bed at seven o’clock” during an interview on Power 105.1, when asked about her her relationship with Tyga, 25, baby mother Blac Chyna 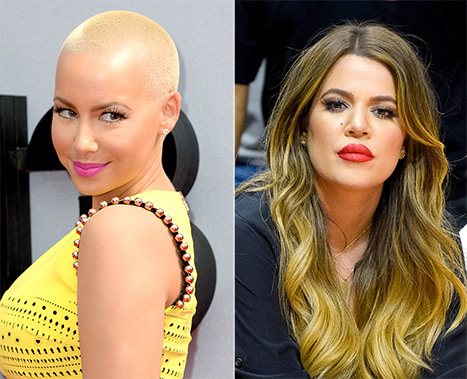 Yo @khloekardashian I’m really happy for u and I’m gonna let u finish but I have the best leaked nude…” the mom-of-one wrote, linking to what appears to be a picture of herself, totally naked.

“I’m so sick of these plastic ass h–s bullying ppl cuz they got the media outlets on payroll,” she continued. “U think because ur dad was a professional football player that got away with murder ur better than me girl? Haaaaannnnn?” she continued, making a dig at the rumor Khloe even joked about herself on the Chelsey Lately show last year (“Probably the biggest rumor floating out there is that O.J. Simpson is my dad,” she said at the time. Khloe’s actual dad Robert Kardashian was one of Simpson’s defense lawyers).
Finally, she wrote, “I’m done dragging this b-tch. Lesson of the day children please don’t try Muva cuz I will humble u.”