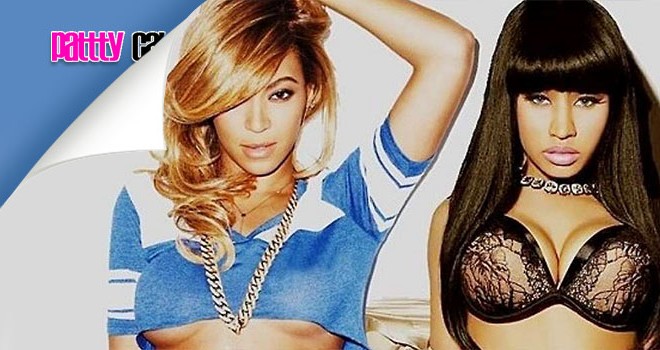 Although Beyoncé had a near perfect performance at the 2014 VMAs Fans and supporters alike still championed the idea of Nicki Minaj hitting that stage for the “Flawless” remix. We get it though, it wasn’t the right time. However the right time came in Paris during the Jay-Z and Beyoncé On The Run Tour.

During the European stretch of her On the Run Tour with Jay Z, Bey brought out a special guest Ms Anaconda her self “Nicki Minaj” to deliver her epic verse to “Flawless (remix).” Once word got out, this instantly became a trending topic worldwide. Queen of hip hop and the Queen of R&B I guess there’s a god after all.

Luckily Beyoncé fans in Paris witnessed it live shared videos on Instagram. This is far from the best view, but we’ll keep updating with better videos. And were hopeful that this will show up in the “On the Run Tour” special, which debuts on HBO September 20, keeping our fingers crossed.