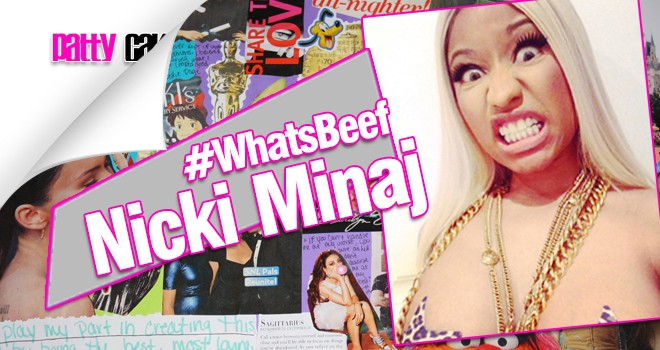 Is Tyga being Messy? Nicki Minaj Opens Up About Cash Money and her issues with Tyga !!!!!

YMCMB/Cash Money has more than enough mess going on these days. The recent mudslinging between Lil Wayne and Birdman may have just been the tip of the iceberg.
Nicki Minaj is speaking out on the alleged beef between she and Tyga. The self proclaimed Queen of Hip hop had a leaked single called Truffle Butter which featured Drake and Wayne. While many thought Tyga would make an appearance, he did, but without Nicki’s blessings.
Apparently somehow the track ended up in the presence of Tyga who then added a verse and when it leaked, that’s what the world heard.

However, when Nicki released her album, the track included features from only Drake and Wayne.
In addition, Tyga took shots at the rounded booty rapper in an interview with Vibe, but according to her, he texted over an apology which she says she appreciates greatly.

Alright, what’s really going on around those parts?!