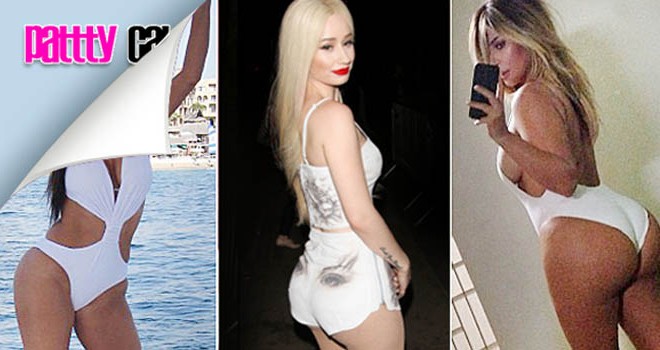 Vogue is often considered the most powerful magazine in fashion. Respected for its long tenured in fashionable couture, but social trends haven’t always been Vogue strong suit, recently the publication credited celebrities like Kim Kardashian and Iggy Azalea as well as Jennifer Lopez and even instagram’s “fitness” chick Jen Selter for popularizing Big butts and making them accepted in mainstream media. Once the story broke wind, Twitter rants ran wild, many people were disgusted at Vogue salutation to Kim Kardashian, and Iggy Azalea for paving the way, one guy even tweeted “Welcome to these great United States where racism is so mainstream Vogue publishes it and try to glamorize it” another person tweeted “Vogue suddenly realizes big butts are a thing, credits white people”.

#VogueArticles White America has been stealing from us since we landed in this country.