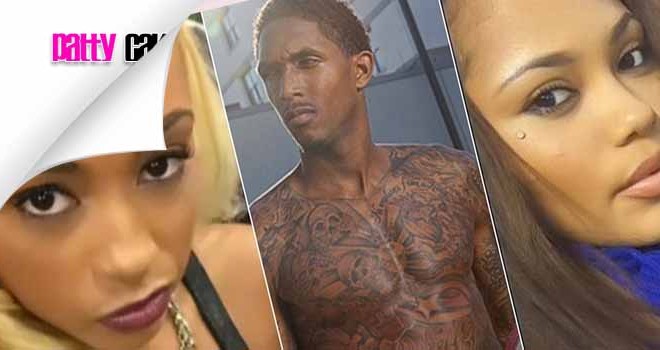 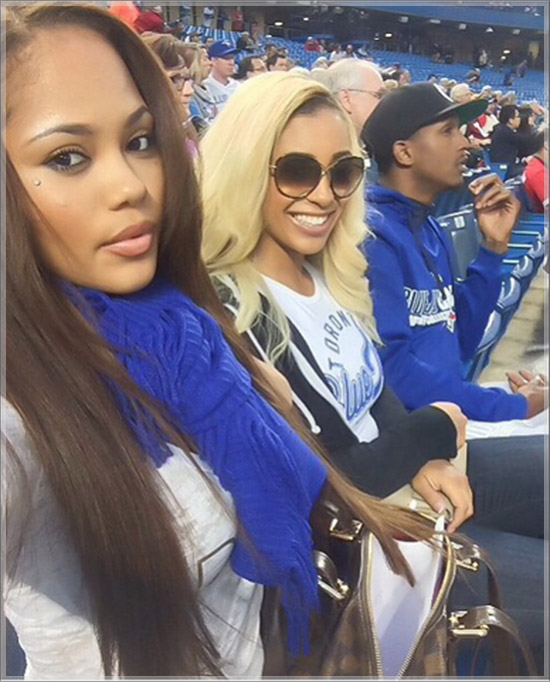 Back when Young Dro said his “girl had a girlfriend”, I must admit I didn’t think he meant literally. Apparently Ashley Henderson, the girlfriend of Raptors player, Lou Williams, understood.

The beauty, who is also the mother of two kids with Williams is dating a beautiful Instagram model who goes by the name Blonde, per the ballplayers IG posts. 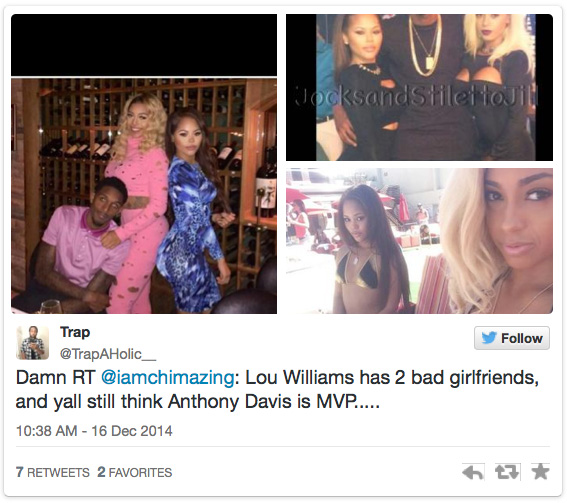 Just as Henderson is Williams’ live in girlfriend, ‘Blonde’ is her live in girlfriend.
Reportedly the trio live life doing everything together from hanging out to raising the kids.
As we expected, Twitter is definitely loving this. Take a look at some of the reactions 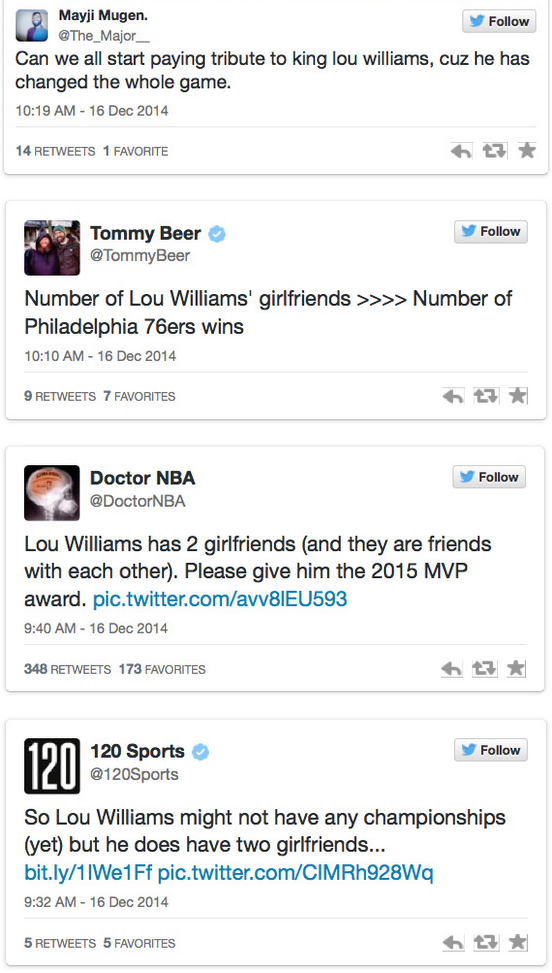 Pattycakez Staff
← Previous Story Chris Brown and Karrueche back together or nah?
Next Story → Case Closed on VH1 new show: Several ads have been pulled amid Sorority Sisters uproar