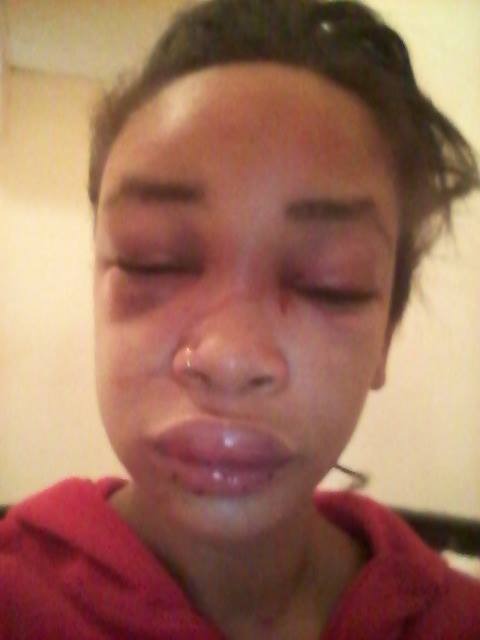 It’s being described as one of the most vicious beating that’s gone viral on social media.

The victim, an Atlanta woman named Myriah Pointer, says girls she considered her friends attacked her while a 3-year-old child watched.

This past weekend I was set up by the two girls I called my best friends and one of they cousins. I was held down and stomped until I was unconscious. Once I gained consciousness they were still beating and stomping me. This went on for about 3 hours and then they threw and cracked my phone and hide my battery for another and held me hostage! I am BLESSED to be alive and I need justice to be served because I DID NOT deserve this. If you can get the attention of any news station, attorney, or newspaper please pass this story on because Atlanta Police aren’t doing taking this as serious as it is. I have fatal facial & scalp confusions, post-concussion syndrome, subconjunctival hemorrhage, and busted blood vessels! 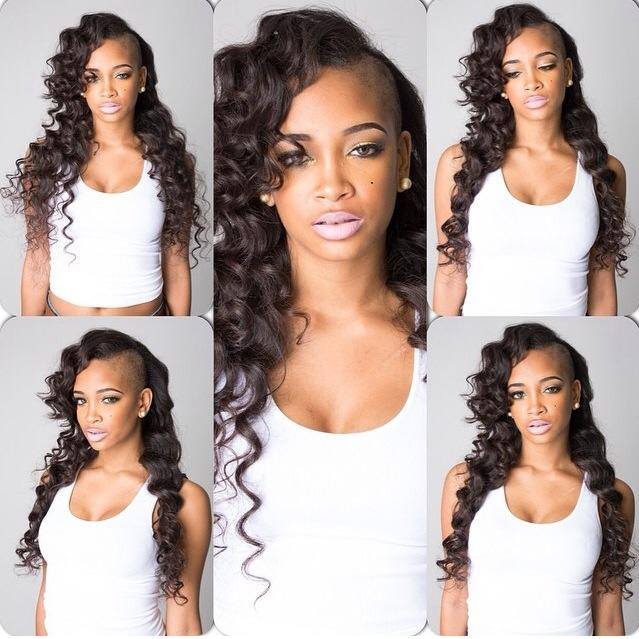 An Atlanta woman says she was attacked and badly beaten after an argument over a hamburger.

Myriah Pointer, 23, said her so-called friends kicked and punched her while recording the attack.

“I’m more hurt emotionally than physically,” Pointer said. “I was unconscious while they were beating me.”

Pointer has two black eyes, a chipped tooth and a concussion after the women, who she thought were her friends, beat her and videotaped it.

“By someone you called your best friend,” Pointer told Channel 2’s Tom Jones. “It was about a burger.”

Pointer said she was hanging out with her friends at an apartment complex on Saturday when one of the women accused her of sitting on her Whopper Jr.

Pointer told Jones that that’s when the women started punching and kicking her and wouldn’t let her leave.

Pointer said they told her, “You’re not going nowhere.”

While the attack went on, Pointer told Jones the 3-year-old child of one of the attackers and an attacker’s boyfriend watched.

She is now trying to get police to arrest them.

She told Jones that with friends like these, she doesn’t need enemies.

“I wouldn’t wish this on my worst enemy,” she said.

Police say they are aware of the video and are investigating. 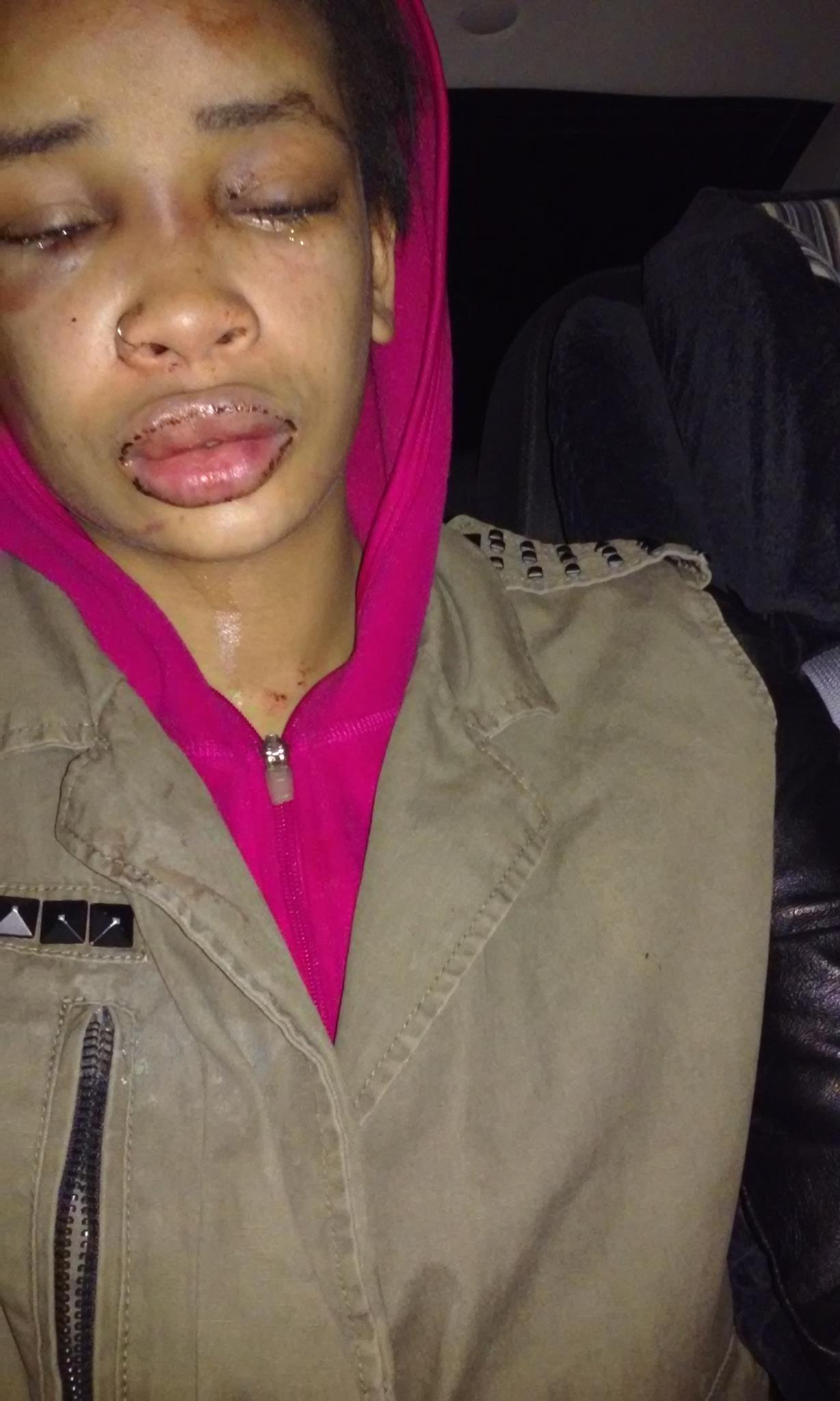 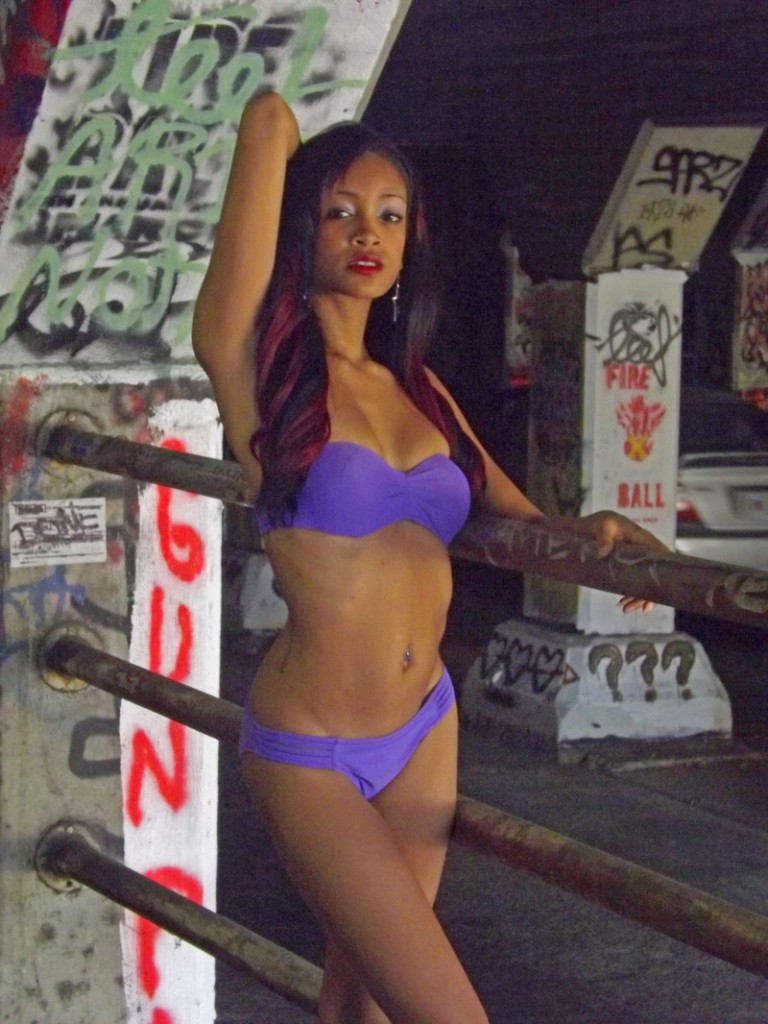